Most of us have our phones on us at all times. Texts and emails are constantly coming through, you use saved credit cards to pay with ease, and you never know when you might need to call someone. It’s even understandable that people want to look at their phones as soon as they wake up to handle all the notifications that arrived while sleeping.

But should your phone be on or near you while you’re sleeping? Probably not, and here’s why.

It May Make Falling Asleep Harder

A 2011 study found that 9 out of 10 Americans used some kind of tech device in the hour before going to bed. The term “tech device” includes more than just cellphones, like TVs, computers or laptops, video game consoles, and more. But out of all tech devices, cellphones were most likely to be used by people under the age of 30.

For these young adults who used cellphones and other more interactive tech devices right before bed, sleep didn’t come as easily.

Related: Alexa Skills to Help You Get Better Sleep

When you use technology, especially your cellphone, right before going to bed, you don’t give your body and brain enough time to unwind. Plus, it’s so easy to get caught up in the game you’re playing, the Twitter news feed you’re scrolling through, or the show you’re binging.

It can be difficult to put your phone down once you’ve engaged with something, whether it’s a text conversation or another app. By not having your phone near you while you’re trying to wind down and go to sleep, you won’t be tempted to reach over and start mindlessly scrolling.

It Can Interfere with Your Sleep Cycle

Essentially, blue light messes up your internal clock by delaying the natural release of melatonin before you fall asleep.

Our circadian rhythms used to be, and still are, to some extent, closely aligned with sunrise and sunset each day. So naturally, throughout the course of the day, our bodies knew when it was time to wake up and go to sleep.

Smartphones threw a wrench into many people’s circadian rhythms, in large part due to blue light. Whether you’re exposing yourself to blue light right before bed or when your phone lights up throughout the night with notifications, your sleep cycle will be negatively affected. There’s a good chance you may wake up feeling groggy or sleep-deprived.

The best way to negate blue light’s effects is not to use your phone a few hours before bed. That being said, it’s not always possible or even desirable to do this.

Related: What Is a Blue Light Filter and Which App Works Best?

There are a lot of people out there who say that cell phones cause cancer. Right now, there is not enough definitive scientific proof to back up this statement.

A study by the National Toxicology Program in 1999 exposed rats to high rates of radio frequency radiation from cell phones. They found evidence of tumors, both benign and malignant, in the test rats’ hearts, brains, and adrenal glands.

However, the FDA says that “nearly 30 years of scientific evidence has not linked exposure to radio frequency energy from the use of cell phones to health problems, such as cancer.”

Because of conflicting scientific studies and information out there, it’s hard to know what best practices you should follow when it comes to your cell phone.

Your cell phone emits low levels of non-ionizing radiation, but only when it’s in use. The only known side effect of this radiation is heating. Your phone gets hot when it has been in use for a while, and if you hold your phone up to your head to make a call, the surrounding body tissues can heat up as well.

If you’re concerned about the potential radiation exposure, there are a few things you can do.

Here’s What You Can Try Out Tonight

You probably won’t even notice too much of a difference having your phone a bit further from you while you’re sleeping. But it will help improve your ability to fall asleep, stay asleep, and get good sleep. In this fast paced world, a good night’s sleep is super important. 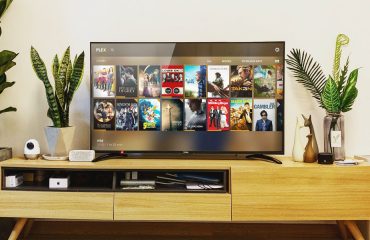 The Best Devices to Use as a Plex Media Server 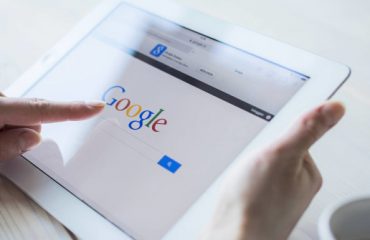 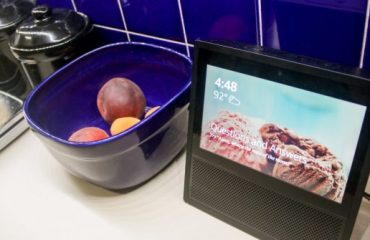