7 Reasons to Replace Android With /e/OS on Your Smartphone

7 Reasons to Replace Android With /e/OS on Your Smartphone 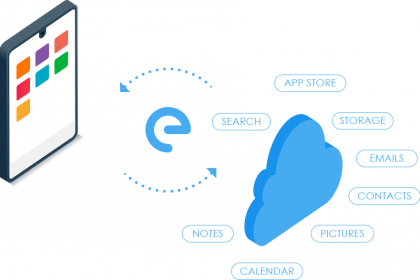 There’s no doubt Google’s Android is a popular and powerful operating system, but one that records every bit of profitable information from your device.

Privacy breaching services like Google have prompted some people to develop alternative solutions. One example is /e/OS, a new mobile phone operating system which is available with a Windows installer.

/e/OS is the codename for a free, open-source, privacy-friendly version of Android. It’s actually a “version of a version” as it’s based on the popular Lineage OS ROM.

The non-profit project is the brainchild of French programmer Gaël Duval, the man behind the once-popular Mandrake Linux distribution.

Why Should You Try /e/OS?

Most of us have never paid to use a Google product, yet it is one of the most profitable businesses in the world.

Google’s wealth mostly comes from using your data to turn you into a target for advertisers.

The more you use its services, the more the giant learns about your opinions, habits, where you go, who you meet and other personal information.

Google Android and apps such as Gmail, Maps, and Play Store are a significant part of this profile-building.

Even if you don’t see a problem in giving away your own information, consider the power the company is accumulating with its access to the personal data of billions of people, not to mention businesses and other organizations.

These records are analyzed by proprietary algorithms and no-one outside the company knows what Google can do with that data.

Concern about the company’s influence is now so serious that the US Justice Department has targeted it with one of the largest antitrust suits in history.

There are ways you can protect your data from Google, but as its tendrils reach deep into Android, these techniques may amount to sticking a band-aid on a gushing wound.

Unlike Google’s Android, /e/OS is designed to respect your right to privacy from top to bottom. The e Foundation isn’t a business built on harvesting user data, it is a non-profit funded mainly through donations and its motto is “your data is your data”.

To safeguard your personal information /e/OS has completely gutted all closed-source Google apps and services, replacing them with trusted open-source alternatives. The only proprietary app included is the Magic Earth map program.

On the network level, this means your /e/OS device keeps connections to mysterious servers in faraway places to the bare minimum, saving you money on data as well as battery life.

/e/OS also lets you choose which DNS to use and by default your phone will not ping Google servers, not even for time checks.

2./e/OS Will Give Your Device a New Lease on Life

Most new phones come stuffed with apps and services from Google, device manufacturers, and network operators, many of which we never use.

That bloatware takes up storage space and is often hard or impossible to uninstall. Many of these apps also run constantly in the background, taking up valuable processing power and RAM.

With this extra software removed from /e/OS, you’ll find your phone runs noticeably faster and you should get more life out of your battery on a single charge.

This makes /e/OS a good option even for older phones. The oldest officially-supported models such as the Samsung Galaxy S III and the Google Nexus 4 were released in 2012!

Running /e/OS on older devices also means you benefit from security updates that fix vulnerabilities and bugs for phones long-since abandoned by manufacturers and Google.

The other alternative mobile OS options out there, like Ubports and Postmarket OS, suffer from a serious lack of apps. This is where /e/OS stands out as a viable alternative.

Thanks to the MicroG framework which spoofs the removed Google Play Services, almost all of your favorite apps should work and /e/OS comes with a store that features over 60,000 of the most popular downloads.

Each app in the store comes with a privacy rating along with an analysis of trackers and required permissions.

If you can’t find what you want there, you can install Aurora Store to download any free app available on Google Play.

/e/OS includes ecloud, its own encrypted email and file synchronization service to back up your notes, tasks, calendar, photos, and other files. You get 1GB of storage for free and subscriptions are available for extra space starting at around $ 4 a month for 20GB. You can also host a personal ecloud instance using Nextcloud.

4. /e/OS Is Financially and Environmentally Sustainable

With the economic uncertainty caused by the pandemic and the drive to create a more sustainable world, you might consider changing your device every year or two to be a bit excessive. Instead of replacing your phone, you can replace the (likely out-of-date) OS with the latest /e/OS and keep it updated and secure for years to come.

The fact that /e/OS uses less data and has fewer processes running in the background means your phone will also use less energy than a standard Android device.

What’s more, the e Foundation is moving its infrastructure towards exclusively using renewable electricity. Most of its servers are already running on zero or low-emissions sources and the process should be completed by next Summer.

A setting to enable an energy-saving dark mode in all built-in /e/OS applications is also in development.

The developers are working on an Android 10 version which is available as a beta for select OnePlus, Xiaomi and Essential devices.

Once you have /e/OS installed on your phone, keeping it fresh is simply a matter of a few clicks to download the latest update. A quick reboot and you’ll find the newest operating system has been installed while preserving all your apps, settings, and files.

The e Foundation wants /e/OS to be as popular as possible and it understands the importance of looking good. It developed a new launcher called Bliss to function as the home screen and app menu. It’s a simple but attractive design that looks modern and cheerful.

However, if Bliss isn’t to your liking, you can easily replace it with any third party launcher you find in the app store.

7. /e/OS Has Big Plans for the Future

With a vision of offering everyone the chance to escape the Apple and Google duopoly, the e Foundation is intent on making installing /e/OS a simple task. The release of the Easy-Installer for Windows is a step forward, but more work needs to be done to increase the number of supported models. See below for more on installing /e/OS.

Meanwhile, the team is constantly porting /e/OS to new phones, the most recent addition is the Fairphone 3.

The developers are also working on a “Privacy Center” app to allow users greater control over their data.

In contrast to the current confusing mess of privacy controls on Android, this will be a one-stop shop where you will be able to find trackers, manage permissions, watch for privacy breaches, disable app features, and spoof geo-location information.

Another big project is building Progressive Web App (PWA) technology into /e/OS. PWAs run in a stand-alone “sandbox”. This means they have much less access to your data than standard apps and don’t run as many background services, making them faster, more efficient, and more secure.

Related:What Are Progressive Web Apps and How Do I Install One?

The developers are also designing a wizard to help you choose which apps get installed when you set up the OS, allowing you to customize the system from the start. The ability to completely uninstall built-in apps is also being worked on.

If you’ve flashed a ROM before, you know what a pain it can sometimes be. The e Foundation’s Easy-Installer, available for Windows and Linux, aims to make the process as friendly as possible. The application takes you through flashing /e/OS step-by-step. Just remember to back up your data!

The Easy-Installer currently supports Exynos versions of the following:

Plans to add more models to the installer are in the works, but if you’re technically adventurous you can also install /e/OS on 111 mobile phones using more advanced methods.

If you’re in Europe, you can buy refurbished smartphones like the Samsung S8 or S9 with /e/OS pre-installed for half their original price.

/e/OS is polished and reliable, but of course it’s not likely to unseat Google or Apple as the most popular platforms. However, it could find a sizable gap in the market among users who prefer a trustworthy phone without too much background voodoo going on.

The project has delivered on many of its initial promises to improve your privacy and with solid Android apps support and a strong relationship between users and developers, /e/OS looks like it could be around for the long-haul.

The Acer Chromebook Tab 10 Is a Chrome OS Tablet 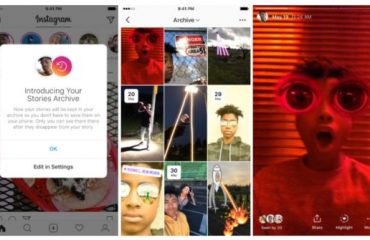 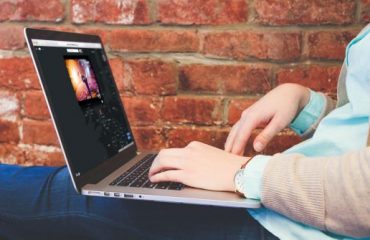