A Beginner’s Guide to Google Duo and Google Allo

A Beginner’s Guide to Google Duo and Google Allo

Google has so many apps, services, and projects that it’s sometimes hard to get your head around the infinite number of choices available. And while Hangouts was once its premier messaging app, the company added to its repertoire in late 2016 with the release of Allo and Duo.

These two apps serve different functions, but are both handy to have at your disposal. So let’s discuss what both Duo and Allo do and how to start using them!

Google Duo is a straightforward video-calling app, and serves as the closest alternative to FaceTime for Android. While Hangouts supports video calling as well, Google has replaced it with Duo as the default video chat app on Android. Further, Duo only support one-on-one chats, so there’s no group calling here.

Duo is mobile-only, so while you can talk with other Android or iOS users, there’s no app for calling on your computer. Because of this, your Duo login is tied to your phone number, not your Google account. This makes signing into Duo simple, and you don’t have to know someone’s email address to get ahold of them.

One tap on any of your contacts starts a video call. You can also make audio-only calls if you’d prefer not to show your face. On Pixel, Nexus, and Android One devices, Duo also hooks into the Phone, Contacts, and Messages apps, so you can make video calls from other places on your phone.

The only real standout feature of Duo is “Knock Knock,” which lets you see a live preview of the person calling you before you accept the call. Google says this is “[t]o make calls feel more like an invitation rather than an interruption” and gives you an idea of what someone wants before you start talking.

That’s really all there is to it; Google didn’t add many frills to Duo. It’s optimized for low-quality networks and switches between Wi-Fi and mobile data automatically, so you shouldn’t experience many interruptions. It also protects calls with end-to-end encryption.

Getting Started With Duo

Download the Google Duo app for Android (it may already be pre-installed) or iOS, then pop it open. Provide your phone number, then you’ll receive a verification code via SMS. Grant the app permission to access your contacts and microphone/camera, then you’re all set to go.

You’ll see suggested contacts on Duo’s home page, along with a live preview of your phone’s front camera. Tap the slider to switch between video and audio calls. Swipe up from the bottom of the screen or tap Contacts to see who’s on Duo.

You’ll see all your contacts who have Duo installed first. Tap one to start a call. If you scroll past those who use Duo, you’ll see an Invite to Duo section where you can send your friends a message asking them to download the app. You can even call Android users who don’t have the app installed.

When you receive a Duo call, swipe up to answer it or swipe down to decline. During a call, you can use the Mute button to mute your microphone, and the Camera button to swap between your front and rear cameras.

Finally, tap the three-dot Menu button in Duo to access a few options. You can disable vibration for incoming calls, turn off “Knock Knock,” or let the app use high-quality video even if you’re on mobile data.

While Duo is for video calling, Allo is an instant messaging app. Why use it when WhatsApp and Telegram, and other options are so popular? Google has a few tricks that it hopes to entice you with.

One of the big draws of Allo is the Smart Reply feature. As you use the app, it learns about your personality and typical responses. Then, when someone sends you a message, you’ll see bubbles at the bottom of the screen that let you reply instantly. These are better than canned messages, though, because they’re based on context.

Another standout feature in Allo is Google Assistant’s integration. You can summon the same Assistant that answers your questions on Android anytime in your chats. Just type @google and you can ask it for directions, information, and anything else you can think of. Allo also includes a dedicated chat with Assistant you can talk to anytime.

Allo also lets you doodle on photos when you share them. It also has plenty of stickers to check out. And the Incognito chat feature provides private notifications, encrypted chat, and the ability to have messages expire after a set time.

Getting Started With Allo

Install the app, then you’ll need to enter your phone number. You’ll then see a prompt to connect your Google account, which lets you link your existing Google profile info for Google Assistant. Add your name and profile picture, then the app might ask you to invite some of your contacts to Allo. Tap Skip to move on, and you’ll see your chat inbox.

Tap Start chat to begin a new message. Like Duo, you’ll see a list of people who use Allo first, under Allo contacts. Select one person and then Done for a one-on-one chat, or multiple people (up to 256) for a group chat. If you select Start incognito chat, you can then select one or more folks to talk with incognito.

Once in a chat, you’ll find most of the usual options for sending content above the text field. Tap the icons to send pictures, stickers, GIFs, or share your location. Type @google and then a command for Google Assistant to help you out with.

If you want, you can also use Allo on the web. But you’ll have to link the app on your Android or iOS device to do so.

Like any messaging apps, whether you use Allo and Duo likely comes down to how many of your friends use them. If everyone you know sticks with Skype, WhatsApp, or another app, you might not get might mileage out of Google’s offerings.

While Duo is a dead-simple video calling experience that’s quite handy, you may have some privacy concerns about Allo. Inviting Google into your private chats is a step we imagine some people won’t be comfortable with, so you may prefer to use a secure messaging app instead. 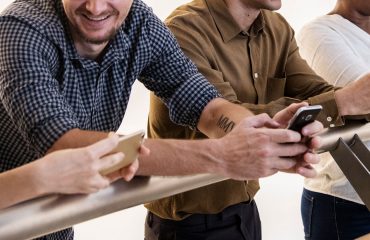 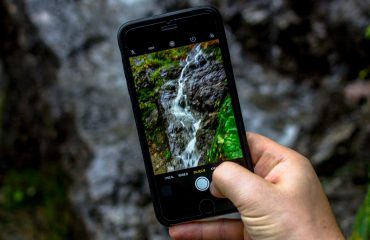 8 Ways to Share Photos and Videos Privately With Your Family 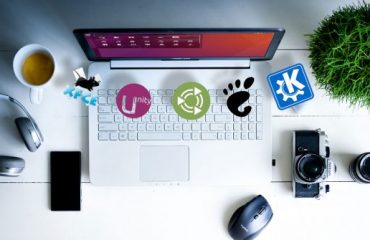 Why You Should Try Switching Linux Operating Systems