Annke BR200: Strobe and Siren Make This The Smartest Analog Security Cam Yet

Annke BR200: Strobe and Siren Make This The Smartest Analog Security Cam Yet 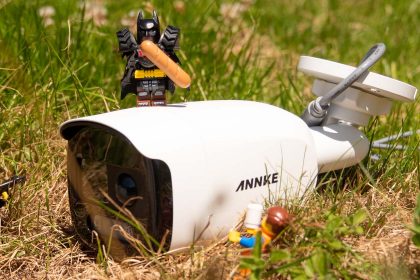 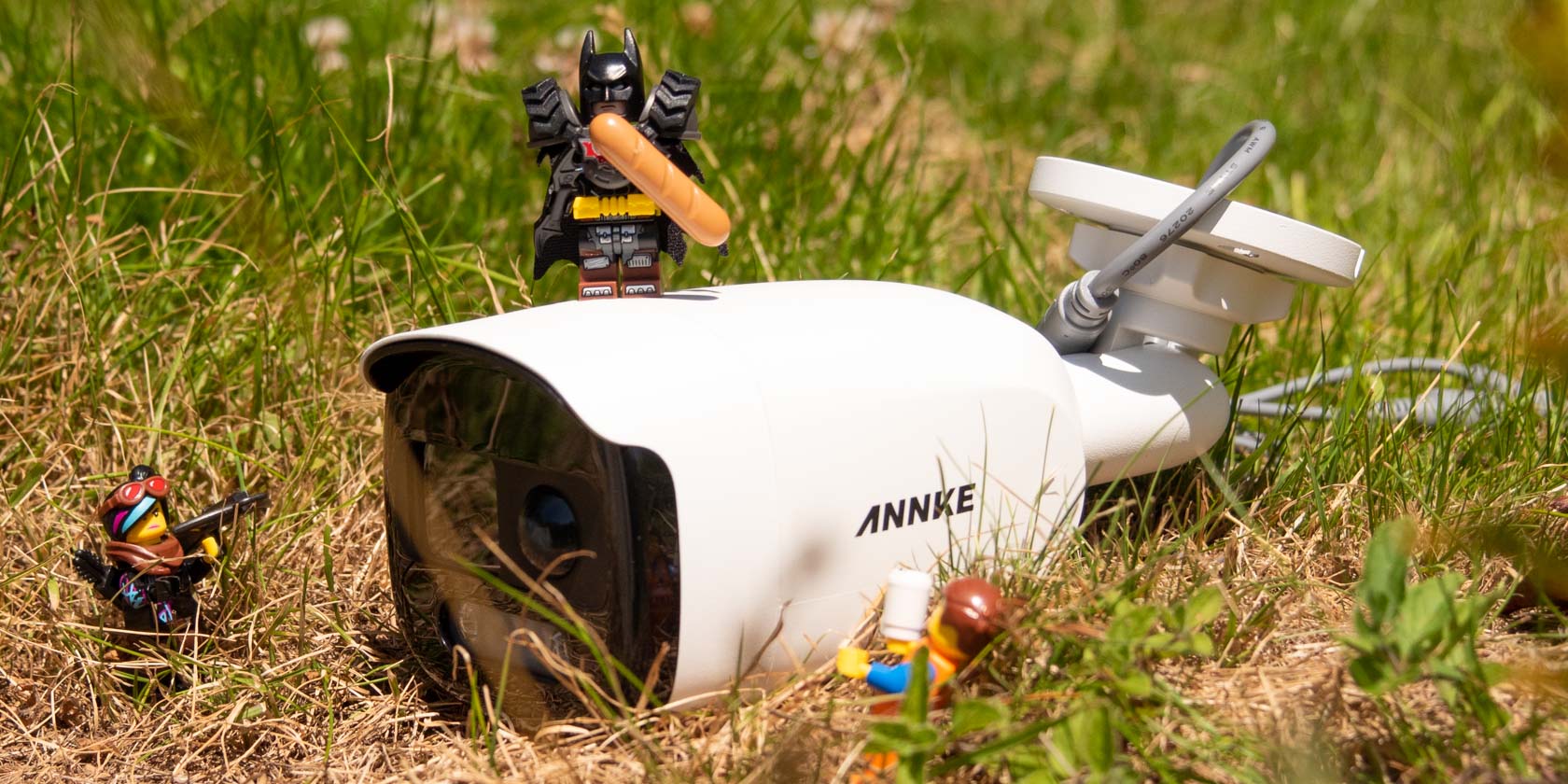 Our verdict of the Annke BR200 Alarm Security Cam:
With a terrifying siren and red-blue strobe, and reliable motion detection, the Annke BR200 is the smartest analog security camera you’ll find and a budget price. 710

Most security cameras do one job: they capture video and audio. If you’re lucky they also send you notifications when activity is detected, and let you talk back. But in terms of acting as a deterrent to potential intruders, sometimes the presence of a camera alone isn’t enough. They may not even notice it.

The Annke BR200 is a 1080p/2MP analog security camera–nothing remarkable there. But it also features a terrifying loud built-in siren and bright red/blue strobe light, paired with a reliable motion sensor. That added layer of security should be enough to scare anyone away. All at a budget-friendly price of $ 100.

Read on to find out more, and thanks to Annke, at the end of this review we’re giving away a BR200 alarm camera and 1TB DVR to get you started.

Analog?! What Year Is It?

The Annke BR200 outputs an analog video signal, meaning that you’ll need an appropriate digital video recorder to use it. There is no direct network connectivity, nor an SD-card slot to record locally. It only outputs an analog video stream. For testing, Annke supplied us with a Soter 5MP 4-channel DVR with 1TB drive, which will set you back around $ 120 (or $ 60, if you can supply your own HDD). I should stress that you don’t need to pair the BR200 with this particular DVR. As long as the format is supported (TVI, AHD, CVI, or CVBS), you can pair this with an existing system of your preference. But it must be paired with something. Don’t let the word “analog” put you off without further consideration. Analog systems tend to be less prone to networking issues that often plague wireless cameras. Once they’re wired in, that’s pretty much it. The only thing that can go wrong is if the rats chew through your cables.

And while the camera itself may not connect to the network, the DVR you plug it in to probably will. The Soter model supplied connects to Ethernet, and in turn allows the use of the Annke Vision app for remote live monitoring, viewing motion events, and receiving notifications. So you’re not entirely stuck in the past. That does, of course, depend on which DVR you choose to pair the BR200 with. If you’re integrating with an existing system, you may not have that functionality.

Designed for use outdoors, the BR200 is as easy to install as you’d expect, with a drill template and a few screws.

Unfortunately, we experienced one small hiccup. The cable supplied with our test unit wasn’t capable of delivering enough power to the camera. While it appeared to initially work, after reviewing the footage we found the video feed cut out when the alarm was triggered. I’m not an electrical engineer, but I would guess the voltage drop over such a long, thin cable was just too much, and it was only the additional power requirements of the light and siren that exposed this.

When I got in touch with support, they told us it would need to be wired directly to the supplied power supply, rather than using the DC part of the cable provided. This severely restricts mounting locations for most users, and isn’t detailed in the manual or sales page, nor would the average user expect that to be the case given a dual video and power cable is supplied. Annke’s support assured us that this was normal, but that in future they would provide power extension cables.

Thankfully I had another BNC and DC camera cable from some previous tests, about 50m in length. It ‘s significantly thicker than the cable supplied, and designed for the outdoors with strong rubber shielding. When plugged into that, the camera functioned perfectly. Annke told us that they would not expect consumers to have or use that kind of “industrial” cabling (which I bought on Amazon for less than $ 50).

After a frustratingly tedious initial setup of the DVR for no reason in particular (it’s just sluggish, confusing, and uses an on-screen keyboard to be operated by the included tiny mouse), we explored the system. Despite the BR200 featuring a built-in alarm, the feature labeled “Alarm” in the DVR interface is not related at all; it just says “Alarm not connected” if you try to use it.

Instead, you use a unique menu system running on the camera itself, which is manipulated using the pan/tilt/zoom commands from the standard live view screen. It’s a very clever approach and feels like Annke has really pushed the limits of what an analog camera should be capable of. But it’s also a kludge that simply wouldn’t be needed if it was a smarter IP camera instead.

While BR200’s innovative menu system is fairly simplistic, the DVR supplied in the bundle sadly isn’t. If you’re familiar with CCTV systems I’m sure you’ll feel at home, but for those of us more familiar with modern consumer smart home technology, it all feels horribly outdated and full of language issues or feature mismatches. For example, to enable notifications you’ll need to first enable the motion detection, then go into advanced settings, go to the tab labeled “linkage action”, then enable Surveillance Center. The app isn’t called Surveillance Center, I should note, it’s called Annke Vision. Oh, and that’s assuming you can even get the networking and cloud connectivity working. The interface didn’t indicate it was connected once I’d plugged in the cable, and kept reporting errors. It took a few restarts until it accepted that it did, in fact, have a network connection. But it still refused to connect to the cloud service, which is needed for notifications. After recording the main part of this review, it suddenly decided to start working. Of course. The fact that they need an entire support guide just to enable phone notifications should be indicative.

Thankfully, the core tasks of viewing event directly on the DVR via a connected HDMI or VGA monitor is quite simple, so it’s only the initial configuration where you’ll have the most issues.

While the alarm and strobe are fantastic deterrents, ultimately a CCTV camera is about capturing video of the intruder. The 1080p image from the BR200 is nothing remarkable, but nor is it particularly bad. You’ll find higher resolution cameras, even analog ones. But since the Annke BR200 is designed to cover a small, motion-activated area, 1080p should be sufficient. There is no audio recorded, and I had trouble decoding exporting clips in Final Cut. VLC seemed to work fine, but there’s a good reason they include a video player executable file when you export. According to the documentation, videos are stored using h.265+ format, allowing up to 98 days of four cameras worth of footage to be stored on a 1TB drive. I suspect the “+” part of that means something about the implementation is proprietary, however.

Should You Buy the Annke BR200 Alarm Camera?

I can’t fault the design of the Annke BR200, and the image quality is acceptable. But what really makes the BR200 stand out in the terrifying loud alarm and strobe light. The psychological impact of the red and blue lights can’t be underestimated. Thankfully the PIR motion sensor means your neighbors won’t be plagued by constant false alarms.

If you have an existing analog CCTV system and these features appeal, then I highly recommend integrating some of these into your system. It won’t break your budget, and it may actually prevent a break-in, rather than leave you with footage of a masked intruder for insurance purposes. Unfortunately, the rest of the package that we tested just isn’t up to scratch. I certainly couldn’t recommend an entirely new CCTV install with the Soter DVR and Annke Vision app. A good IP camera system may be more expensive in the short term, but if you value your time and sanity, you’d be well advised to spend a little more instead.

While this is undoubtedly the smartest analog security camera around, perhaps it’s time we said our final goodbyes to analog CCTV systems. 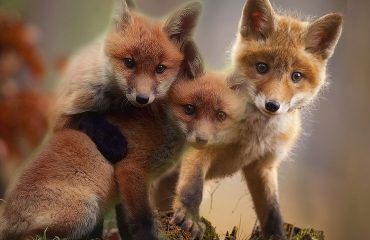 What Are the Different Versions of Firefox (And Which One Is Best for You)? 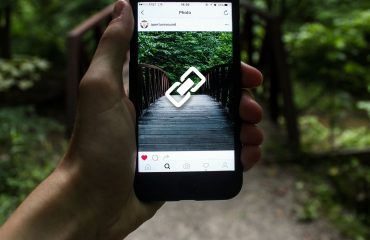 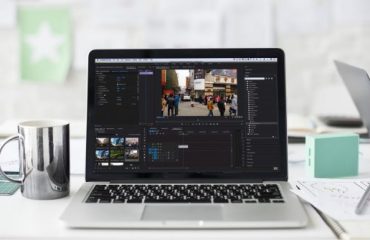