Apple Will Recalibrate iPhone Batteries When You Upgrade to iOS 14.5

Apple Will Recalibrate iPhone Batteries When You Upgrade to iOS 14.5

This is a response to inaccurate health reporting and reduced peak performance capabilities that have reportedly negatively affected some iPhone handsets.

In an Apple support document, spotted by MacRumors, Apple notes that:

“Recalibration of maximum capacity and peak performance capability happens during regular charge cycles, and this process might take a few weeks. The displayed maximum capacity percentage will not change during recalibration. Peak performance capability might be updated, but this might not be noticeable by most users. If a previous degraded battery message was displayed, this message will be removed after updating to iOS 14.5.”

Apple notes that, during this process of recalibration, users will be presented with a message in Settings > Battery > Battery Health. After this recalibration process is completed, the maximum capacity and peak performance data will then be updated to reflect more accurate information.

If the recalibration shows that battery health has declined, the iPhone will show a message to confirm this. If it flashes a battery service message, Apple has said that it will replace affected batteries for free. This can be done at an Apple Store or Apple Authorized Service Provider.

This isn’t the first time Apple has included battery related updates with an iOS upgrade. Several years ago, in late 2016, some iPhone users reported that their handsets were shutting down when they reached approximately the 30% battery mark. Apple issued an update that would “improve algorithms for managing battery performance and shutdown operations” on iOS. This greatly reduced unexpected such shutdowns.

However, it was criticized in some quarters, based on the suggestion that Apple had not been sufficiently transparent in its actions, leading to accusations that it was slowing older iPhones to prompt people to upgrade. This resulted in the “batterygate” controversy.

As Apple’s new webpage about the current issue illustrates, Apple’s being extra careful to be transparent about any battery related issues with iOS. In doing so, not only is it showing that it’s dealing with the problem in a rapid manner, but also that it is doing everything very openly.

In addition to the battery recalibration feature, iOS 14.5 beta 6 includes an update to the Siri voice feature. This does away with the idea of a default Siri voice, as well as adding two new voice options.

It’s not known exactly when iOS 14.5 will ship publicly in a non-beta version. However, it seems quite possible that it will be sometime in April. 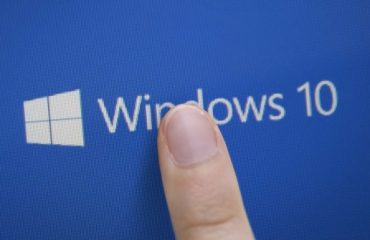 You Can Still Upgrade to Windows 10 for Free!