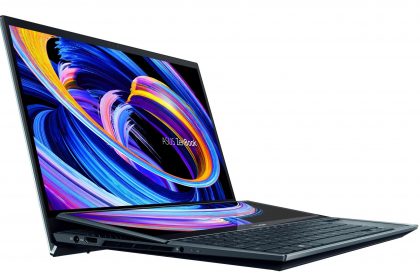 2020 was the year of the dual-screen smartphones, with several major tech companies releasing devices. But the dual-screen laptop is something you don’t hear so much about, despite there being several models on the market.

The Asus ZenBook Duo is one of those dual-screen laptops, and Asus just announced two new models at CES 2021.

The top screen is contained in a slimline bezel that emphasizes style and space, while the secondary screen doesn’t seem out of place in comparison to a single screen laptop. Not only that, but you’re looking at a full-size laptop, available in a 14- or 15-inch form-factor, with a sublime secondary touchscreen.

Remember when Apple introduced the Touch Bar? It’s like that—but much more useful.

The 15.6-inch ZenBook Pro Duo now comes equipped with Intel 10th generation processors, with configurations including the Intel Core i9, up to 32GB RAM, up to 1TB storage, and one of Nvidia’s new GeForce RTX 3070 mobile GPUs.

The screen itself is a 3840×2160 OLED, while the secondary screen is a 14-inch UHD touchscreen. The slightly smaller size of the secondary screen helps in several ways, making it easier to angle upwards (which was a common complaint leveled against the original design) and close the laptop properly.

Moving on, the smaller Asus ZenBook Duo 14 has upgraded to Intel’s 11th generation processors, available as a Core i7 or Core i5, including the new Intel Xe integrated graphics. The ZenBook Duo 14 Core i7 version is available with up to 32GB RAM, 1TB storage, and an Nvidia GeForce MX450 GPU.

The MX450 GPU cannot stand up against the GeForce RTX 3070 but is still a decent option for most endeavors.

What’s the Second Screen For?

Windows recognizes the second-screen natively. You can use it to store apps that would otherwise clutter your primary monitor. For example, you could drag your Slack work messaging down into the second screen, keeping an eye on proceedings while you complete other tasks.

Related: How to Use Your Laptop Like an External Monitor

Other apps recognize the second screen and allow you to move features to it, such as Adobe’s Creative Suite.

The use of dual-screen laptops is limited. Much like dual-screen smartphones, the market for these dual-screen devices is young. Asus is making a strong statement with the ZenBook Duo range updates, especially as the new models address many of the issues leveled at the original versions. 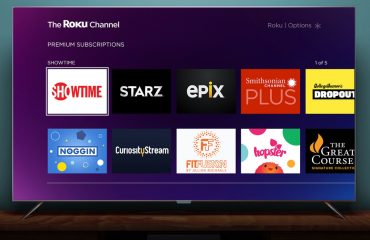 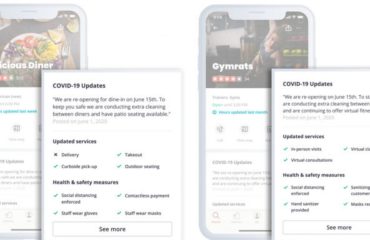 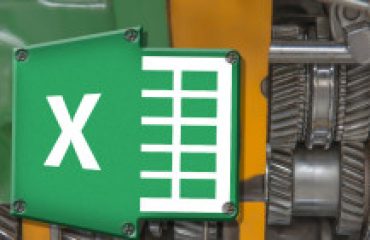 Need to Learn Excel? 10 Experts Will Teach You for Free!