Bring Back the Magic With Minecraft Modpacks: 7 to Try

Bring Back the Magic With Minecraft Modpacks: 7 to Try 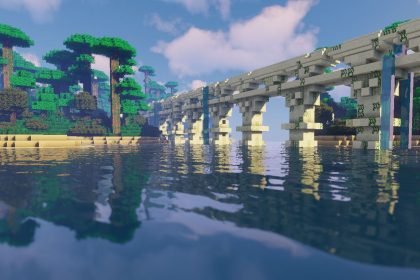 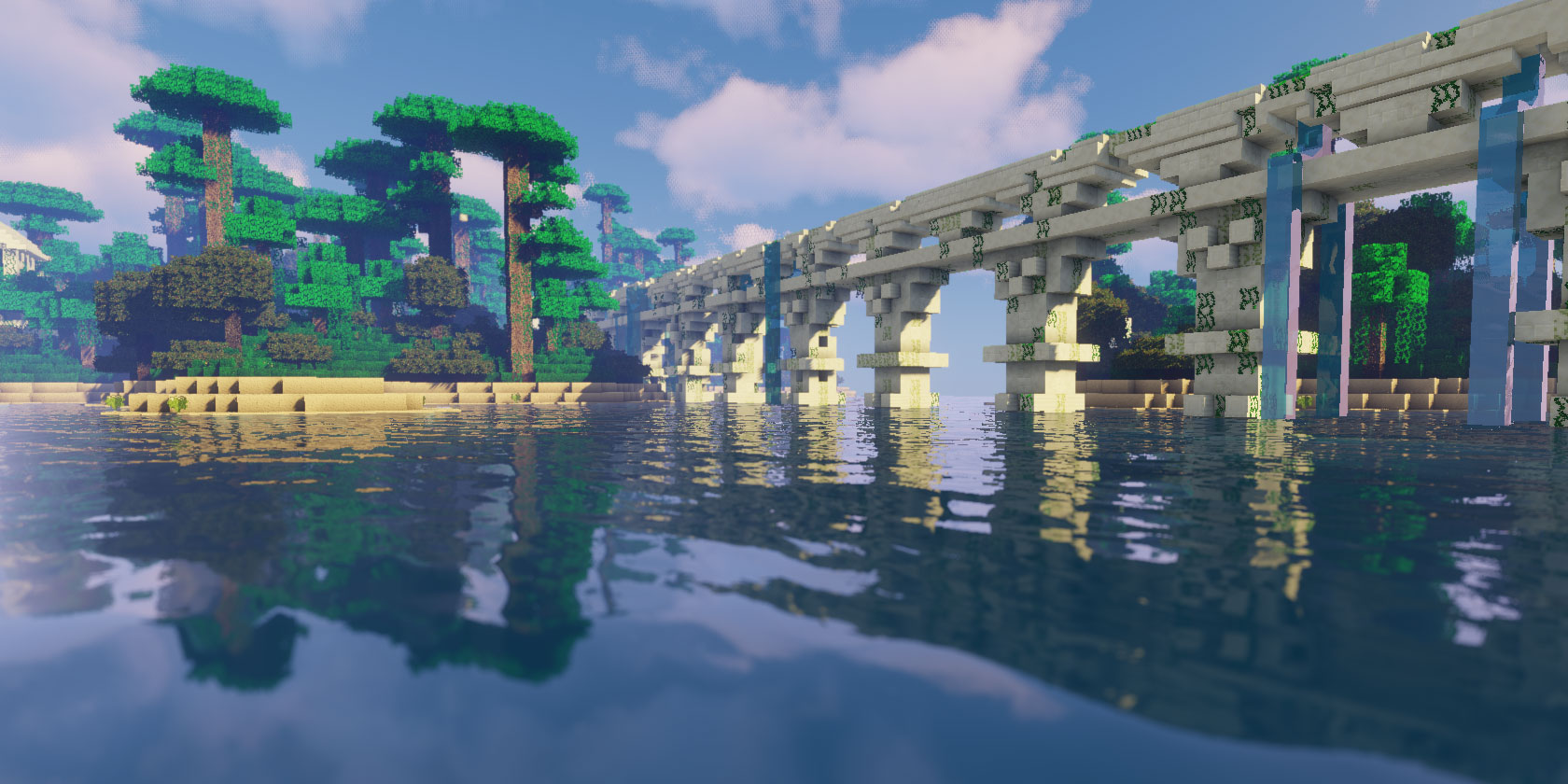 If you’re an old-school Minecraft player who hasn’t touched the game in a few years, now is a great time to come back to it. The development team keeps adding more awesome content to the experience.

But even with that, if you got tired of the game before, it will probably get old for you quickly again. If this describes you, or you’re a current player who finds the game stale, it’s time to explore Minecraft mods.

Why Use Minecraft Mods?

If you haven’t gotten into Minecraft mods yet, you’re only just getting started with what’s possible in the game. For almost as long as Minecraft has been around, people have made the game even better by modifying it.

If you’re into fantasy and wish there were more involved systems in place that let you do real magic, there are mods for that. Botania and Thaumcraft are a couple of great fantasy mods that alter the whole world and bring new ways to play.

Maybe sci-fi and industry are more your speed; there are a ton of great mods for that as well. There are mods like Immersive Engineering that can turn your Minecraft world into something closer to Factorio. You can even travel to other worlds and die from a lack of oxygen if you want.

One of the biggest arguments against Minecraft is that it’s more of a toy than an actual game. Sure enough, there are mods that can turn Minecraft into a full-blown RPG with skill progression and equipment leveling.

With all these, plus the ability to make your own Minecraft mods, the only problem is that there are just too many options. It’s hard to know what’s available and which ones work well together. That’s where modpacks come in.

Modpacks are collections of mods that turn Minecraft into a whole new game. Really, they are almost entire games by themselves. The best part is that modpacks are completely free.

Imagine if the green fields and soaring mountains with grazing sheep and cows were all gone. What if the entire Minecraft world had been devastated in a long-forgotten apocalypse, and it was your job to fix it? There are a lot of modpacks that offer this scenario. What if you woke up on a 3×3 platform of dirt blocks with a tree in the middle and had to find a way to build a base? There are no caves, chickens, water, or minerals. You have to use the mods in the pack to create everything from scratch.

Maybe you just want to get lost in a fantasy world with dragons and warlocks. Or perhaps you want to explore deep underground dungeons loaded with epic loot. What if you could open doors to other dimensions where all the rules have changed? There are packs that provide all of this and more.

If checking off boxes and getting achievements is something you enjoy, there are a lot of great quest-based packs. These packs give you a ton of challenges that increase in difficulty as you play. The best ones even teach you how to use the mods without feeling like a tutorial.

The three best places to get modpacks are Feed The Beast, Technic Pack, and CurseForge. All three of them have their own installers, which makes it easy to get started.

For newcomers, the best one is CurseForge. It has the largest selection of modpacks and makes it easy to find them through search, sort, and filter options. The site has most or all of the Feed the Beast packs, as well as some of the Technic packs.

It’s possible to run into issues with the individual loaders working on different platforms. You also might not want to install three loaders in addition to your Minecraft launcher. Thankfully, there’s a better way.

Multi MC is a tool that works great on macOS, Windows, and Linux. It will let you play any version of vanilla Minecraft—all the way back to pre-alpha if you’re feeling nostalgic. And it makes installing mods and modpacks super easy.

To start, download MultiMC. Once you have it installed, the next step is to pick a modpack. You can download a modpack from Curse Forge by clicking it and then selecting which file to install from the list of options on the right menu.

You’ll want to pick a file that has a green R (release version). Also, make sure you get the regular install file, not one for a server. Following the download link will take you to a page with a download button. Use it to grab the pack. Then select Import from zip and click Browse. Select the modpack you downloaded, click OK, and wait. Installing and running modpacks takes a lot longer than with vanilla Minecraft. It also requires more memory. If your system is kind of sluggish, it’s best to stick with modpacks from Minecraft 1.7.

The Best Minecraft Modpacks to Try

Looking to try some modpacks, but don’t know where to begin? Have a look at these great choices.

This is a great kitchen-sink style modpack with over 750 quests that can help you learn more about some of the best mods available. You can find sci-fi, fantasy, and automation mods in this epic pack. It’s a beast though, and may not work on older, slower systems.

If your system isn’t beefy enough to handle 1.12 modpacks, this is another awesome all-around pack. It’ll introduce you to the world of mods and give you quests to learn the ins and outs of each one. With over 1,400 quests, this one should keep you busy for a while.

This beautifully crafted evolution pack makes Minecraft a whole new experience. It takes you from being a stone-age caveman that can’t do much more than bang rocks together (literally) and evolves your game all the way up to space travel.

Many elements like mapping, object identification, and even ores are hidden until you unlock the appropriate tier.

This is the fourth installment of a classic “sky island” pack. You’re given nothing but dirt and a tree and have to build an empire. This pack involves magic and automation, plus has multiple options and biomes to keep it fresh and interesting.

This is a crazy-fun pack where you start out locked in a 3x3x3 miniature cube and need to escape. But the only way out is to create more miniature cubes and dig yourself in deeper and deeper. This is a high-tech modpack that involves a lot of automation, machinery, and large functional structures.

This is a true RPG-style modpack with dungeons, dragons, and progressive difficulty. But it’s still Minecraft, so how you play it is up to you. There are blueprints for instant structures like a hobbit house to get you started. It also has recipes for yurts and backpacks that let you become a nomadic dungeon-crawling adventurer.

This is the modpack with all the brown and gray blocks shown above—as you might expect, it’s extremely challenging! You start in a dead world with no resources and have to bring the world back to health through farming.

Almost every material and resource you’d normally find in Minecraft can be grown through farming mods. It makes progression quite slow in the beginning, but provides amazing opportunities for automation later on.

Minecraft Is a Rich Challenge for Everyone

A lot of people think Minecraft is a simple kid’s game. There’s so much more to it than that, though. Modpacks turn the game into a deeply challenging obsession that will keep adults playing for hundreds or thousands of hours longer.

And for kids, it doesn’t need to stop at building castles. Minecraft’s Hour of Code can spark a passion for programming and STEM in children as well.

Read the full article: Bring Back the Magic With Minecraft Modpacks: 7 to Try 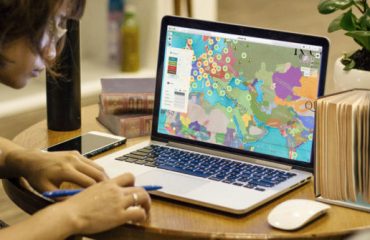 5 New Ways to Learn History on the Internet 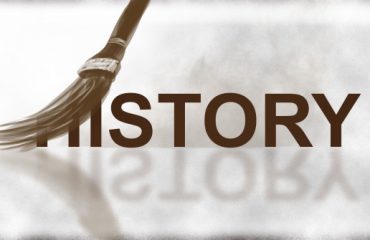 How to Delete Any & All History on Your iPhone