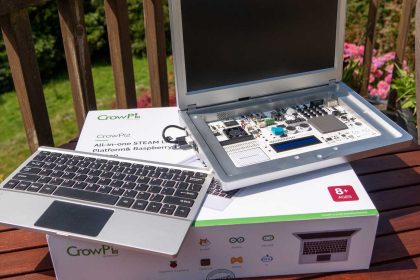 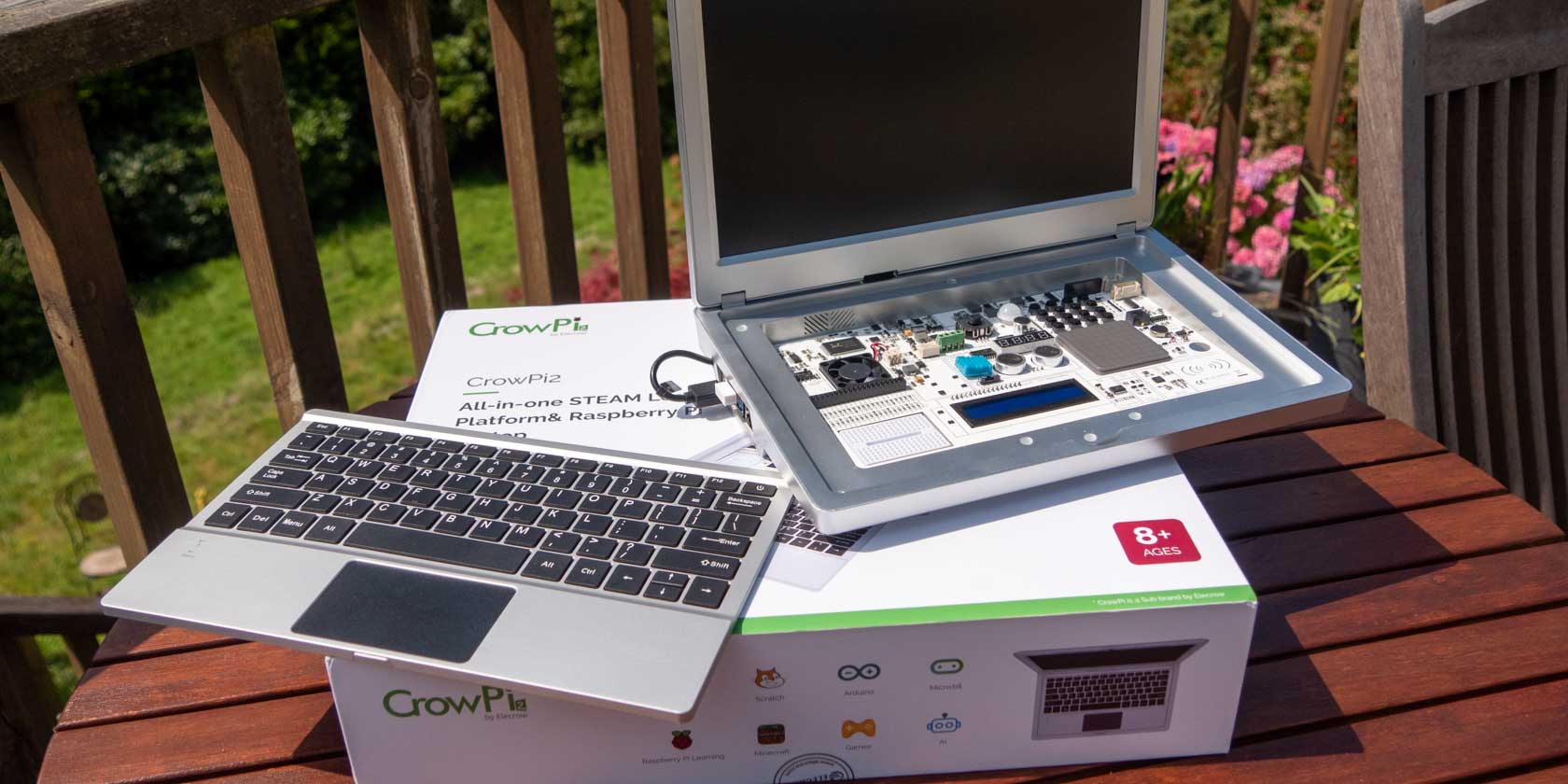 Our verdict of the CrowPi 2:
Simply the best STEAM learning package we’ve seen yet. It’s packed full of electronics sensors that are easy to start programming with in Scratch or Python. Jump on this one quick before the price goes up at retail (though even then, it’ll be great value). 910

The Raspberry Pi is a fantastic development board, great for getting young minds into all manner of STEAM projects. But once you get to the electronics side of things, it can be a little fiddly to connect components. You’ll soon find yourself lost in a mass of wires and cabling.

The CrowPi 2 is an incredibly elegant solution that builds on the successes of the original. It isn’t just a Raspberry Pi laptop (though it is a pretty great one of those). Hidden underneath the keyboard is an extensive electronics workshop. It’s a self-contained all-in-one STEAM learning system. This is the Pi workshop everyone wishes they had.

It’s available on Kickstarter for the next few days, but be quick, as the price will go up after that.

What’s In The Box?

Inside the rather large CrowPi2 box, you’ll find:

Our test sample had the Raspberry Pi hardware pre-installed, but you may need to do that yourself given the procedure detailed in the Getting Started guide. It’s easy enough: a panel at the back slides off. Slot in the Pi, secure with some screws, then connect some cabling for power and screen. To use the webcam, you’ll need to plug a short USB cable into one of the four external ports. Once the Pi is installed, the only clue is this tell-tale arrangement of ports.

Weighing 2.8 pounds (1.3kg) and measuring 11.4×7.5×1.8 inches (291x190x46mm), the laptop itself is a cheap-feeling plastic design. Without opening the clamshell, it looks like a netbook from 2005. This is in stark contrast to the metal-clad rugged toolbox design of the original CrowPi model. Realistically, it was likely a design decision to avoid the accusations that it’s a bomb. Which happened often with the original CrowPi. Because it did look like a bomb. The keyboard too is a somewhat natty, thin plastic design. It’s functional and fits neatly inside the case, but the soft-touch keys feel as bad as expected. With a standby time of 120 hours and simple to recharge over micro-USB, at least you shouldn’t have to worry about the battery. I would have preferred something more solid, and wired–perhaps a coiled wire that would fit neatly back into the rear of the case. Around the rear of the CrowPi 2 is a pull-out drawer. The manual references a battery that can slot in here, so I assume that’s an optional extra to come at a later date. There’s no mention of it on the Kickstarter though, so the idea may have just been shelved.

The Pi 4 that powers the system is hidden away at the back, only really visible through the fan on the mainboard. This is good as it saves space for even more pushbuttons, toggle switches, and flashy LED things on the front.

The beauty of the CrowPi is the integrated electronics workshop kit, built right into the case itself, underneath the keyboard. Then there’s a number of additional components that are supplied separately, and can be connected either through dedicated ports (such as the servo and stepper), or via the generic GPIO breakouts. You can also breadboard some of the components for small circuits. These bits consist of various motors, LEDs, a moisture sensor, resistors, RFID cards, and more. By default, the system launches in a customized version of Raspian. You’ll need to create an offline account before you can use it though. Thankfully the CrowPi 2 supports multiple offline accounts, which is great for school or family use. The “Projects” button introduces you to most of the integrated electronics capabilities, though seemingly with no way to edit the code or find out more, it’s really just a hardware overview, which was a little off-putting to me. Natural curiosity will mean young minds want to start tinkering. It turns out you can learn and modify these basic programs, but need to do so from a different menu item.

The real meat of the package can be found under “Learning”, which consists of 32 guided Python tutorials for working with the on-board sensors and components, as well as 16 Scratch tutorials. As a novice Python programmer, I certainly found myself engaged by the lessons and seamless integration with the onboard hardware. You’ll also find 12 speech recognition and AI face detection lessons, though these were a little harder to follow.

“Minecraft” launches the educational version of Minecraft along with a Python interpreter and a step-by-step guide book to programming using the Minecraft API.

“Game” whisks you away to a selection of somewhat boring Python games, curiously none of which can actually be played with the included gamepads. Nor is there the option to view or modify the code, which again seems like a lost opportunity.

“Microbit”, “Arduino”, and “Scratch” all launch you straight into the respective IDEs.

Overall, the interface could certainly use some refinement, at least the ability to launch a code editor for the included projects so you can begin modifying them off-the-bat. But taken as a whole, the amount of electronics programming learning material here is incredible and I can’t wait to get my 6-year-old onto this.

When you’re done learning, a version of RetroPie is included on a separate micro-SD card. It’s here where the gamepads can be used. Of course, there are no ROMs included, so you’ll need to use a USB stick and follow the RetroPie wiki to get some installed. The image included in our set was designed for the Raspberry Pi 3, but this was easily remedied by burning a fresh copy of the latest beta. It’s also worth mentioning that other OSes are available. The CrowPi 2 is essentially just a Raspberry Pi 4B with a ton of extra sensors and built-in bits, so it should run any standard Raspberry Pi software. If you plan on using different OSes, you should buy additional SD cards and not overwrite the one that comes with the system, as it is heavily modified with the custom software and learning journey.

Is The CrowPi 2 Worth It?

Aside from the more “normal” laptop design, the CrowPi 2 is a big step up from the original, with potential for both home users and the educational sector alike. It blows away other competitors like the Piper in terms of sheer value. The Raspberry Pi 4 ensures a smooth desktop operation, and the customized software is a brilliant resource for learners from elementary school age and up. Someone will inevitably comment that paying close to $ 300 for a glorified Raspberry Pi is mad–that you could buy the individual components of the CrowPi 2 for less than the overall selling price. At the Kickstarter pricing of $ 260, I’m not even sure that assertion is true–but moreover, it’s entirely missing the point. The CrowPi 2 is a complete Pi laptop and STEAM learning package. It’s neat, integrated, and includes an extensive learning journey. Nothing else on the market comes close to providing such an integrated course of study. There are certainly other Raspberry Pi laptop kits out there, but they’re not dissimilar in price and lack nearly all the additional sensors you’ll find here. And if $ 260 is too much, you can buy a basic kit for even cheaper without some of the added extras like additional components.

The CrowPi 2 isn’t aimed at the sort of person who just wants a screen and case for their Raspberry Pi. Nor is it aimed at the seasoned hardware programmer who’s putting together their latest smart home sensor array. They likely know exactly what components they need, and wouldn’t want a neatly packaged Pi laptop anyway. But for children or adults of all ages, there’s no better way to learn hardware, electronics, Python programming, and Scratch. The CrowPi 2 the best overall STEAM learning package we’ve seen yet.

Be quick though: the CrowPi 2 Kickstarter ends in a few days. 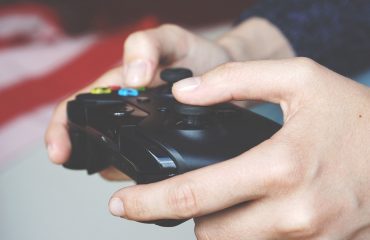 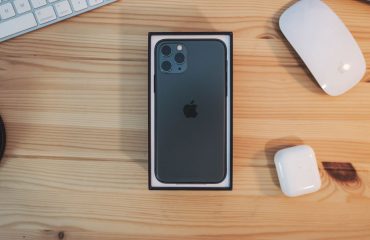 9 Improved Features We Want in the Next iPhone 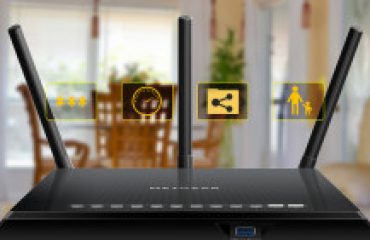