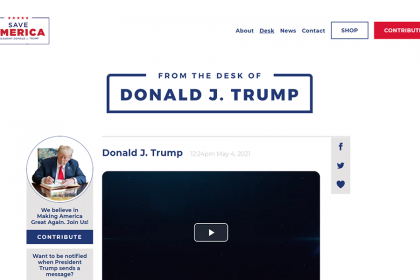 The United States recently traded one of its most controversial presidents in history, Donald Trump, for current US president Joe Biden. In the midst of that transition, Trump was banned from almost every major English-language social media platform.

This might make things sound like a grade school skirmish, but what do you do when a club kicks you out and won’t let you back in? Make your own, duh.

Trump’s Platform Only Gives Him Room to Speak

Former US president Donald Trump has launched a blog called ‘From the Desk of Donald J. Trump,’ a blog powered by Campaign Nucleus (according to Fox News). The new web page was found live a few hours before the Facebook Oversight Board was set to announce its ruling on his ban.

However, there are posts dating back to March 24, so we can probably assume that when Trump said the platform would launch in “two or three months,” it’s because he wanted to have a backlog of content before launch.

If you want to keep tabs on Trump’s opinions, you have the option to get notified via email or text whenever he makes a new post.

Trump’s senior advisor, Jason Miller, said in February that there was a “very good chance” that Trump would make his own social media platform. But now that it’s here, we’ve learned that it really isn’t all that social at all.

The new web page will give Trump his own corner of the internet to post text, images, and videos—end of story. It’s a one-way road of communication. You can’t directly interact with any comments he makes on the site.

There is no link/command assigned to the button, nor is there anything visual to communicate that a change occurred (for instance, the button changing color when clicked, or a counter that shows how many other netizens have also clicked).

The blog also isn’t a technological marvel by any means. Anyone with little to no website-building experience could product similar results with host platforms like WordPress, Weebly, and Blogger.

Why Did Trump Start a Blog, Anyway?

You might have noticed by now that social media has seen a distinct lack of Trump, and that’s because he’s been banned and suspended from the internet’s biggest platforms.

He tried to return to Facebook ahead of the Oversight Board’s decision (through his daughter-in-law’s page), but that ultimately proved unsuccessful. This blog may very well wind up as Trump’s only online space to post freely—which is why he isn’t letting you join the discussion.

Amazon Delivery Drivers May Soon Assemble Your Furniture Too 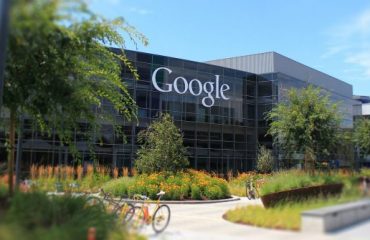 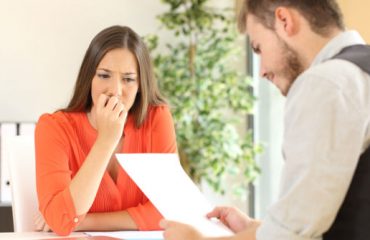