Elon Musk Is Hosting Saturday Night Live, and People Aren’t Happy About It

Elon Musk Is Hosting Saturday Night Live, and People Aren’t Happy About It

SNL has seen many guests in its long 45-year history. Typically, the show is hosted by a guest—an actor or some other figure in the entertainment industry. But sometimes, a political figure or business personality will fill the role instead.

In a caption-less image tweet, Saturday Night Live (SNL) announced via its official Twitter account (@nbcsnl) that Elon Musk, the billionaire Technoking of Tesla himself, will be hosting the next show on May 8.

And before you ask: no, the musical guest is not his partner Grimes. It’s singer-songwriter Miley Cyrus. But it feels like that part doesn’t matter as much when you see the very angry reactions online to what might be Musk’s strangest media appearance yet.

Criticism can be found coming from all sides. Variety writer and editor Jenelle Riley, for instance, wrote that she’s “beyond disappointed” in SNL:

They’ve [SNL] learned nothing. A host should have some discernible talent other than… being rich? Or at least not be someone who lies about a takeover, spreads misinformation about a pandemic, and is known for abusing employees.

Twitter isn’t pulling punches either. One of the most liked tweets in the replies (courtesy of user @TallGuySchmidt) reads, “Someone needs to tell them [SNL higher-ups] that absolutely no one wants this. I can not think of a single person who wants this. And I don’t mean Miley.”

Why Did SNL Pick Elon Musk?

If you’re wondering why this high-profile Dogecoin enthusiast was chosen to host the most successful and long-standing late-night sketch comedy/variety show of all time… so are we. Maybe it’s because Musk taught his monkey how to play Pong.

Tesla did see incredible financial growth in 2020, but that doesn’t mean he should be thrust into the entertainment industry. It’s no secret that Musk likes to dabble in cryptocurrency, so this could simply be a way to get SNL’s name in the headlines next to his.

The 11 Best Scary Movies on Netflix Full of Frights 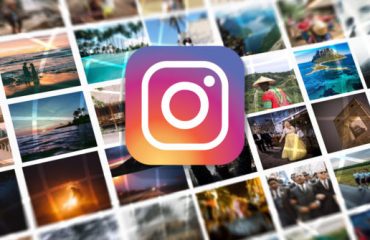 12 Instagram Accounts to See Amazing Places Around the World