Smartwatches are one of the coolest wearable devices. However, they’re typically rather expensive.

Fossil is attempting to change that perception with a new smartwatch that comes packed with features for a relatively low price. The company revealed the new Fossil Gen 5E smartwatch on Fossil.com, and it comes with a $ 249 price tag, which is quite low for the features it brings to the table.

The Fossil Gen 5E alters the Fossil Gen 5 released late last year. However, it manages to make some smart cuts to bring the price down to a point that’ll make it more attainable for the masses.

The first cut comes to the internal storage. The new Fossil Gen 5E comes with 4GB of internal storage. However, for most users, that should be more than enough space to keep the things they need on their watch.

The bigger cut, though, is a lack of GPS. Instead, it tethers to your phone to receive location data. That makes the watch have a bit less functionality compared to the more expensive Fossil Gen 5. However, as long as you keep your phone nearby, this shouldn’t be too much of an issue.

As far as the hardware, Fossil changed the buttons. Instead of two shortcut buttons, the new Fossil Gen 5E comes with just one button that acts as a rotating crown. Outside of the buttons, Fossil managed to retain the look and feel of the watch while getting the price down.

Fossil is putting the Fossil Gen 5E out in a 42mm size, which is perfect for anyone with a smaller wrist. There’s still a 44mm version as well for anyone with a bigger wrist. Both watches feature the same 1.19-inch AMOLED screens, so even if you have a small wrist, you’ll still get a full-sized screen.

The watch comes with Wear OS installed, which means it’ll work with iOS or Android devices. It comes with contactless payments, the ability to control music, answer calls, and do just about everything else you could want to do with a smartwatch.

Regardless of which size you get the Fossil Gen 5E goes for the aforementioned $ 249 price. That’s a $ 45 drop from the price of the original Fossil Gen 5, which retails for $ 295.

Obviously, the decision comes down to whether the sacrifices Fossil made the get the price down are worth it to you. The slight changes don’t seem like they’ll be a deal-breaker for most people.

As far as availability, the Fossil Gen 5E is available right now from Fossil.com, so if you’re interested in picking one up, you won’t have to wait. 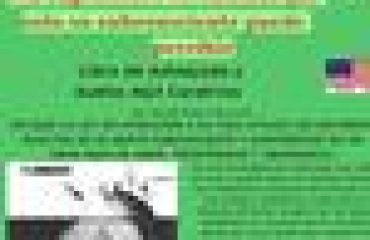