Google Assistant is arguably the most useful of the popular digital assistants. It has all sorts of functionality that can make your life a bit easier.

One cool thing Google Assistant can help you with is automation through Assistant Routines. With these, you can make certain events happen based on a trigger of your choosing.

The problem with these triggers was getting them up and running. Thankfully, Google has issued an update that makes it easier to create and edit Assistant routines, as reported by 9To5Google.

How Assistant Routines Are Changing

If you want to access the new way of creating Google Assistant Routines, you’ll need to hit Assistant Settings.

Google offered a bunch of premade macros by default, but with the new update, Google now surfaces Your routines and Your shortcuts.

The company will now guide you through the process of creating a new routine when you select New routine from within the Assistant Settings. It’s quite a bit more streamlined than it used to be.

To get started, you’ll need to click on New Routine. From there, you’ll choose how to start the routine. This is your trigger. For example, you can select a voice command or time of day. And with this update, Google has actually added sunrise and sunset as triggers for your routines. You can also choose to trigger it exactly at sunset, or at a time around sunset.

You’ll need to specify a location for your trigger, which is more or less unchanged from the way you used to do it.

Once you finish setting up what makes the trigger go off, you’ll need to define what it does. Google will guide you through this with its Choose what the Routine will do option.

As you might expect, there are a ton of things you can set the routine to do, and it’ll vary based on what devices you own. If you’re a smart home junkie, you’ll probably have a lot of options to work with.

Google hasn’t added any new options in terms of what the triggers can do, and the layout looks the same, but it’s easier to get to now. It’s also a bit easier to connect the dots between how the routine triggers. And the addition of sunset and sunrise triggers is fantastic for smart home users.

The update is rolling out now, and most users on iOS and Android should have received it already.

If you’ve always found yourself struggling to actually enjoy Google Assistant Routines due to the cumbersome interface, this update is exactly what you’ve been waiting for. 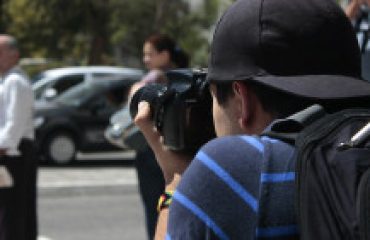