How and Why to Use Vintage Lenses on Modern Cameras

How and Why to Use Vintage Lenses on Modern Cameras

The digital camera industry is finally experiencing growth after many years in decline. People are buying cameras again, probably down to the increasingly popular mirrorless options from the likes of Sony and Panasonic which deliver excellent hybrid video and photo performance for the money.

Money is often a problem for budding photographers. The best lenses are prohibitively expensive, while lenses purchased decades ago are no longer compatible with the newest systems.

In this article, we’ll look at why vintage lenses are useful, the pros and cons of vintage lenses, and how to start using them with your own cameras.

Why Use Vintage Lenses?

If you own a nice set of lenses with an obscure mount but you can’t use them, why bother keeping them around? The best reason to adapt old lenses to your modern camera is because you already own them. The cost of adapting these lenses to a modern system is relatively cheap, and you’re probably already well-acquainted with their “sweet spots” and practical limitations.

You can also pick up more old lenses relatively cheap on auction sites like eBay, Facebook Marketplace, and in thrift stores and charity shops. Much of the time you’ll need to buy the useless camera to get the lens, but it’s often cheap, so worth it. Lenses with outdated mounts (like Minolta and Yashica) are very cheap and don’t see a lot of interest, since they aren’t natively compatible with modern cameras.

This can allow you to pick up a good range of focal lengths for relatively little money. It can be a great way to try out unfamiliar focal lengths before buying that expensive native lens you’re not sure you’ll use. This is especially true for beginners graduating from kit zooms to primes, a collection that’s always best built slowly rather than rushed.

You’re also going to get a unique look and feel from an older lens. Whether it’s scratched up, full of fungus, covered in dust, or simply down to the different types of glass and manufacturing methods. Vintage lenses bring their own character to your work, and you can really push them beyond their intended use by jacking up the ISO for low light work, or using them for video capture.

The final reason to give this a shot is because it’s fun. Playing around with old lenses might remind you why you fell in love with photography in the first place.

Each lens has a mount, which is how it connects to the camera. Every manufacturer has their own mount, with some of the most common mounts around these days being Canon EF, Nikon G, Sony E/FE, Micro Four Thirds (M43), and Leica-M. In order to connect a lens with a different mount to your camera, you’ll need to use an adapter.

Some companies specialize in just making lens adapters, while others like Sigma create their own adapters for their own lenses. You can adapt modern autofocus lenses with electronic aperture control, provided you have the right adapter and deep enough pockets.

Most adapters will fall into one of the following categories:

The lack of AF or electronic aperture control is unlikely to pose a problem since “vintage” lenses are likely to be manual. If you have a few old Nikon AI-S or Leica-R lenses, the cost of a quality manual adapter is justified since adding equivalent native lenses and focal lengths would cost considerably more.

Be Prepared to Experiment

If you’re looking to adapt an obscure old lens you found in the attic, like the Zeiss Biotar 40mm with Robot mount found in the video below, you’re going to have to settle for what you can find. In this instance, a cheap $ 30 adapter from Adorama is about as good as it gets.

Some lenses, like Nikon’s G series, lack aperture rings. Some of these lenses control for aperture using a small slider visible on the bayonet mount itself, with adapters like the Nikon G to Sony E mount adding a ring for manual control. You’ll need to look at the lens you want to adapt, then figure out which adapter you need.

If you’re adapting a nice set of modern Canon EF lenses to your new Sony camera, you might want to grab and electronic adapter like the EF to E Smart Adapter. It’s a steep price but it’s cheaper than replacing with native Sony glass, and you’ll be able to use the adapter on all of your lenses. It’s important to note that AF performance will take a tumble.

No lens will work with your camera system quite like a native lens will. This goes for all major manufacturers, and even extends to third parties like Sigma which make their own smart adapters. Assuming most of your old lenses are manual due to their age, this shouldn’t pose a huge problem.

Foregoing modern autofocus might sound a bit scary, but there are features on many modern cameras that can help you out. Focus peaking uses your camera’s display to highlight the areas of your image that are in focus. You can often adjust the sensitivity of this effect to your liking, and it makes quickly grabbing focus easier than ever.

Most modern Sony cameras have this feature, as does the Panasonic GH4, GH5 and GH5s. Canon users can install Magic Lantern, which adds peaking and a few other useful features to compatible Canon SLRs. Nikon doesn’t seem fond of the feature, with only a few cameras like the D850 able to do it.

Focus zoom is another good option, appearing on most modern Sony and Panasonic cameras. The feature displays your image at 100 percent crop so you can dial-in the focus simply by looking through the viewfinder or LCD.

Lastly, many modern cameras include in-body image stabilization (IBIS) to counter handshake when shooting video and still images. In order to make use of IBIS on an adapted manual lens you must specify a focal length in your camera settings, so that the camera can tailor its corrective behavior to your chosen focal length.

To Adapt or Sell? That Is the Question

For video work where manual focus is preferable, vintage lenses are just the ticket. Many old purpose-built video lenses can be found cheap on eBay, but they only cover smaller sensors like APS-C and M43 due to the smaller Super35 standard for which they were created. So if you don’t intend on adapting your old lenses you’ll be better off selling them on eBay and replacing them with native glass.

While you’re waiting for the bids to stack up you should read our primer into the difference between zoom lenses and prime lenses, compare photographs shot with different lenses, and remind yourself of the most common camera lenses and when you should use them. 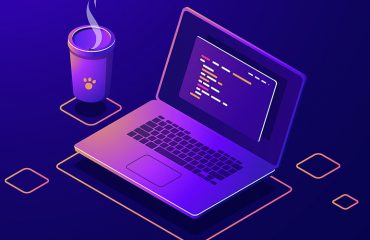 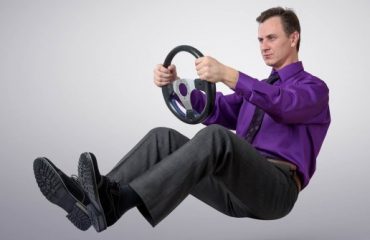 How to Remove Locations From Google Maps and Google Now