How to Cancel Your Xbox Game Pass Subscription | MakeUseOf

How to Cancel Your Xbox Game Pass Subscription | MakeUseOf 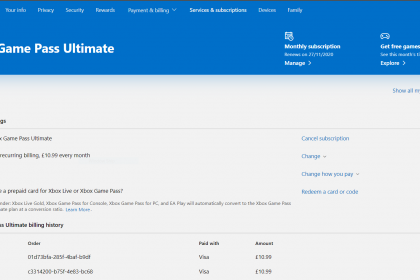 The Xbox Game Pass offers great value for money, with a catalog of over 100 games you can play for a monthly fee. But the Netflix-style service isn’t for everyone.

Whether you want to cancel your Game Pass subscription, switch off recurring billing, or change your plan, we’ll show you how.

How to Cancel Your Subscription to Game Pass

Head to account.microsoft.com and sign in. On the home screen, you may see a Subscriptions box where you can choose to view All subscriptions.

If not, select Services & Subscriptions from the ribbon at the top of the screen.

Your top option here is Cancel subscription. Click it.

Now, Microsoft may try to keep you subscribed here and they do it by asking if you wish to stop recurring subscriptions. If you’re certain you want to cancel Game Pass, hit Turn off recurring billing.

After processing your request, you’ll see a confirmation screen telling you you’ll no longer be charged on your next billing date. This is when your Game Pass subscription stops.

Notice that there’s no way to cancel your Game Pass subscription with immediate effect.

There’s only one exemption: if you’re a resident in Israel, you’re entitled to cancel a subscription right away and gain a refund for the remaining time left on your sub. You can do this by contacting support.microsoft.com.

How to Cancel Subscriptions on Your Xbox

You can check the status of your Microsoft subscriptions on your Xbox console, but there’s no way to properly cancel your Game Pass there.

Here, you can view all your subs, and change or add new billing details.

There’s also an option to manage subscriptions, but it’s just a link that opens in Xbox’s antiquated Edge browser. It’s far easier to go to account.microsoft.com on your phone or computer.

How to Turn Off Recurring Billing on Xbox One

Not so long ago, Microsoft used to simply let you turn off auto-renewal with the click of a button. Now, if you want to switch off recurring billing (useful when you have a Game Pass code or Xbox gift card) you can follow the steps above.

Under Payment settings, look for Has recurring billing. To the right of this is the option Change.

Click this and the drop-down offers two further options: Switch plan and Turn off recurring billing.

Choose the latter, then confirm your selection by pressing Turn off recurring billing.

How to Change Your Game Pass Subscription Tier

You can see the options on the official Xbox Game Pass site, but the main difference (outside of using a console or computer) is that Ultimate also lets you stream games to your phone or tablet, and includes Xbox Live Gold benefits and EA Play titles.

If you’re already signed up for any Xbox Game Pass membership, you need to first cancel your subscription.

Wait until the date shown on the confirmation screen–the day your subscription is no longer active.

After this date, you can subscribe to a different Game Pass membership tier.

How to Change Your Game Pass Subscription Payment Plan

In addition to different membership types, you also have multiple payment plans for all Game Pass tiers. This lets you pay a flat-rate monthly fee, or save money by paying upfront for a three-month, six-month, annual, or biennial subscription.

Note: it’s currently cheaper to pay monthly than switch to a three- or six-month payment plan (you’ll save a couple of cents, at best, though).

Go to account.microsoft.com, then over to Services & Subscriptions.

Click on Change, and in the drop-down menu, select Switch plan.

Your current plan is labeled as such. Now, click on any other payment plan.

Beneath your card details (and the option to change which card you use) is an alert detailing how much you’ll be charged at your next billing date.

How to Rejoin Xbox Game Pass

Decided you want to re-subscribe to Game Pass after canceling, it’s pretty straightforward. You can sign up again from your console or go to the Microsoft Account page.

Scroll to your previously active subscription and choose Renew.

On the next page, select Join to restart the subscription.

Alternatively, if you have a code, click on the three dots to redeem it.

The Pros and Cons of Unsubscribing From Xbox Game Pass

Before canceling, it’s worth weighing up what you’ll lose (in return for money saved). The obvious being over 100 games that can be downloaded and played as part of your subscription.

Remember, if you’re game-sharing on Xbox, anyone else who uses your home console will also lose access to the Games Pass library and perks.

Related: The Best Games to Play on Xbox Game Pass

It might be you find it better to change your subscription tier, rather than get rid of it entirely. For instance, the priciest tier, Ultimate, lets you play any game in the Game Pass library on console and PC (and well as streaming to Android phones).

If you only game on one device, switching to standard Xbox Game Pass for PC or Console could be a sound, money-saving move.

You also won’t get a refund for ending your subscription. Instead, you have access to the service and all its benefits until the start of your next billing cycle.

And that’s it. Follow these steps to cancel your Game Pass subscription. On the other hand, if you don’t want to lose all your membership perks, it’s just as easy to switch to a plan that better suits your gaming needs. 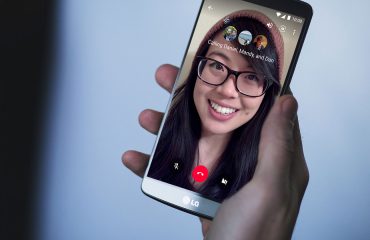 How to Group FaceTime on Your Mac, iPhone, or iPad 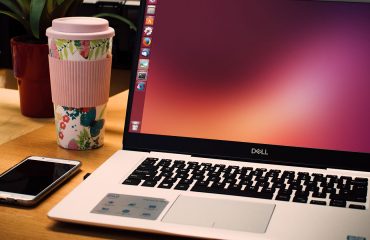