How to Persuade the People You Love to Use Linux

How to Persuade the People You Love to Use Linux

You love Linux, but how can you ensure the people around you can make the switch safely, and without resistance? Persuasion without force is the answer. Here’s how I did it.

Spreading the Passion of Linux

You’ve switched to Linux and are almost angry you spent so many years using commercial software. You could have been using this great free and open operating system the whole time. You’re excited, you’re passionate, and you really want to “do your loved ones a favor” by switching them to Linux too.

I’ve been there, and if you don’t proceed with caution, you may introduce a fair amount of heartache and strife into your relationship.

That’s not to say that you shouldn’t tell people about Linux. I’m writing this right now precisely because I never got over the urge to share this great discovery with others. But, as a general rule of thumb, people don’t like change. They especially don’t like it when it’s forced. So how do we proceed with love and kindness instead?

Don’t be in a rush. While you may think backing up a computer and replacing its operating system would be a great way to spend this coming weekend, your partner may not. If his face didn’t light up when you mentioned Linux, you might want to back off. You don’t want to come off as either a salesperson or a nag.

Enjoy using Linux. If he sees that you’re not experiencing any of the frustrations he is, or you aren’t having to spend money on software, his interest may pique on its own.

Listen to Their Needs

We all use computers for different reasons. I primarily need a PC for writing, checking email, and interacting with the web. Linux is great for all of this.

My wife, on the other hand, regularly makes video calls. She also uses her computer to make brochures and other printouts.

So while I can use Linux without caring about the quality of Skype and other VoIP clients, that’s not the case for her. And if she doesn’t take a liking to Scribus, then my favorite open source desktop may not leave her with the same warm and fuzzy feeling.

You know what your partner’s concerns are, so do something about it! Have a list of solutions. Know which alternative app may be the best for her. If the program is cross-platform, she can try it out before making the switch. If she reaches a point where she can swap out the OS without having to change her entire workflow, switching to Linux will be easier.

Making the transition can take time. Mozilla Thunderbird may do everything she needs, but it doesn’t do it the same way Microsoft Outlook does. GIMP and LibreOffice are powerful tools, but they neither look nor feel like Photoshop and Office 365. Show her what apps can do what she needs and then take a step back so that she can adjust at her own pace.

You might even demonstrate that Microsoft Office can run on Linux with Wine.

One of your family member’s biggest fears may be losing data or ending up with a dead PC. Don’t let that happen.

Back up all of the files. Whether you prefer an external drive or a cloud storage service, that’s your call (though I know what I would recommend). Just make sure the data is safe.

Have system restore tools prepared to go. Make sure you have a recent system image so that you can rewind the computer back to exactly how it was beforehand, in case your partner doesn’t fall in love with Linux the way you did.

One surefire way to make the experience painful is to lie. If you know your spouse is a heavy gamer, don’t built up Linux’s gaming landscape as more than it is. Yes, there are plenty of quality open source, indie, or AAA titles to hold someone’s interest for years. But at the same time, the library of titles does not compare to what’s available for Windows.

Likewise, there is a vast amount of software available for the Linux desktop. But many of these options aren’t desktop apps. There’s a command line tool for seemingly any task, but your Linux app store may not have many desktop programs to do the same job. In some areas, there are only two or three apps to pick from (such as word processing or presentation software), while others have dozens (music players and to-do list managers).

Don’t Try to Force Anything

If your brother feels like he has to switch to Linux, he’s not going to want to. One way to ruin a good time is to make any aspect of it mandatory. So give your loved one time to make this decision on his own, and on his own terms.

Let him borrow your computer from time to time to get a feel for things. If there’s a shared family desktop lying around, consider switching that to Linux rather than his PC. This way he can get familiar with the OS at his own pace and decide for himself if it’s something he’s interested in without you looking over his shoulder.

It’s Not All or Nothing

When I switched to Linux, I dove all in. This was partly because my computer had crashed and I had nothing to lose. You may have approached Linux with more caution. Your partner may want to do the same.

That makes dual-booting a great way to test the waters. Rather than replace the entire OS, install Linux next to her existing copy of Windows or macOS. If you’re working with a Chromebook, you don’t even have to go that far. Either way, her old OS is safe and available whenever she needs it. She doesn’t have to say goodbye until she actually wants to.

It’s All About Love

Remember, you’re doing this out of love for someone you care about and love for Linux. It doesn’t do him or her any favors to make this an experience they loathe and regret. Likewise, it doesn’t help Linux to leave someone with a negative experience. And, as frustrating as it may be, Linux might not be a good match.

But for most people, Linux can be a great option. By spreading the word, you’re saving people money, helping them extend the life of their current computer, and introducing them to an OS they’re free to do with what they wish. This goes far beyond rooting for one platform’s success over another. This is about giving someone you love a new way to think about computing. 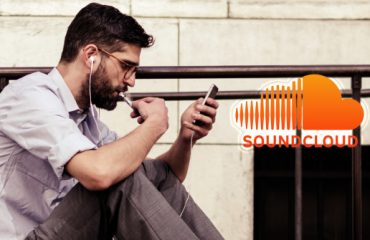 Compelling Storytelling: 12 Podcasts to Listen to on SoundCloud

Amazon Music Is Now Free on Your Smartphone 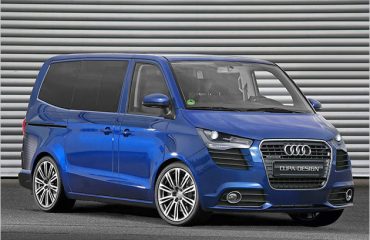