How To Protect Yourself From Fraudulent Stores on Shopify

How To Protect Yourself From Fraudulent Stores on Shopify 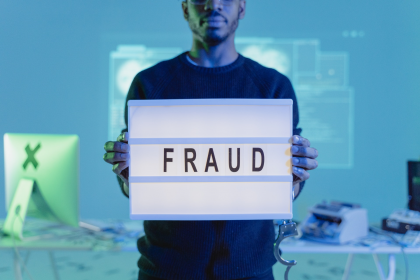 Shopify, an affordable e-commerce platform used by small businesses to sell products online, appears to be a breeding ground for scammers and fraudulent stores.

However, Shopify also serves as a convenient way for you to support smaller companies and get great deals in the process. If you choose to buy online from a Shopify storefront, make sure you protect yourself with these tips.

A recent Fakespot report found roughly 20 percent of stores on Shopify are “related to fraudulent practices.” This analysis found further startling information: of the nearly 26,000 stores found to be fraudulent, 39 percent percent had counterfeit issues, brand infringements, or a poor reputation; 28 percent had privacy leaks and suspiciously cheap listings; and 17 percent had negative reports from consumers.

Here are some of the ways these fraudulent Shopify stores try to scam you.

Some fraudulent stores steal pictures of designer products from upscale retailers because they tend to use high-quality photos and their items are in high demand by people who can’t afford the real thing.

After luring you into a purchase, these scammers then either ship you a cheap counterfeit alternative that looks nothing like the picture, or they just take your money and send you nothing at all.

Most social media sites do not verify whether or not a shop is legitimate before running their ads, relying entirely on users to report fraud after the fact. This allows scammers to post ads featuring stolen photos and insanely low prices, luring you onto their Shopify site without having to type in a URL.

Many fraudsters copy the source code, look, name, and inventory selection of a real store in order to trick you into shopping there. Their URL or name will often have a minor typo or a slightly different word placement, so they’re similar but not identical to the genuine store.

And since many shop using their smartphone, making it harder to see the URL of the website you’re browsing, the scammers are counting on you not bothering to check.

How To Avoid Shopify Scams

Now that you know how Shopify scammers operate, it’s important to learn how to spot a fraudulent store so you can avoid becoming the victim of one of their schemes.

Make sure the URL matches the name of the store, and that it isn’t misspelled or altered in any way. You can always Google the name to see if the Shopify store shows up in the search results.

Most legitimate Shopify storefronts will have an “about” section where you can learn more about the company. Fraudulent stores are more likely to omit this section entirely, or to write it in broken English with frequent spelling and grammar mistakes and no specific information about its headquarters.

You can also check for a phone number or email address where you can contact the Shopify store. Call the phone number to make sure it connects to where it’s supposed to, or type the phone number into an internet search to see who it belongs to.

Most legitimate stores will have a professional-looking email address that matches the name of the storefront. On the other hand, many fraudulent services use unprofessional email addresses with a lot of random numbers and letters. This is because the store has been shut down by Shopify many times in the past and needs to keep re-registering with a new email.

If you see an item on Shopify advertised for a much lower price than elsewhere on the internet, you should try running a reverse image search on the photos to see where they came from. If the photos have been stolen from another website, then the Shopify store is probably fake.

Before making a purchase from a Shopify store, check the customer reviews both for the item you’re considering and for the store’s other listings. See if any of the reviews contain pictures of the product, which will be more accurate than the photos on the site.

Keep an eye out for fake reviews though, which many scammers write themselves. You can spot fake reviews because they’ll generally all be 5-stars, written with the same voice and tone, and may be all written around the same time.

Generally, if something on the internet looks too good to be true, it probably is. So, if you see an item listed for a drastically lower price than you can find it elsewhere, you should take extra steps to verify that you’re purchasing from a legitimate store.

Avoid impulse-buying products based on social media ads, especially from your smartphone, without taking the time to research the Shopify storefront.

What To Do if You’ve Been Scammed on Shopify

If you purchase something from a Shopify store and don’t receive it within the expected time-frame, try contacting the store directly first. Sometimes it can take a while for small businesses to produce, package, and ship an item, so unless you’ve noticed other red flags, give them the benefit of the doubt first.

If you can’t get hold of the seller, or if you contact the store only to find out you ordered from an imposter, report the scammer to Shopify. This extra step ensures that Shopify will investigate the store, and shut it down if it proves fraudulent. This will prevent others from falling victim to the same scam.

Finally, contact your credit card company and request a chargeback. Your card company should generally issue the refund immediately while it launches an investigation into the fraudulent store, so you’ll get your money back quickly without having to chase down the scammer yourself. PayPal similarly offers this service.

Tagged under: Fraudulent, From, Protect, Shopify, Stores, Yourself 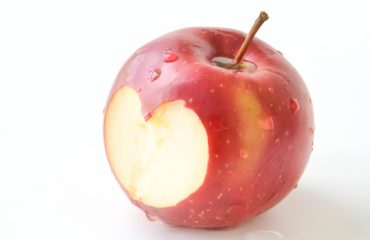 Apple Is Now Worth $1 Trillion and Counting 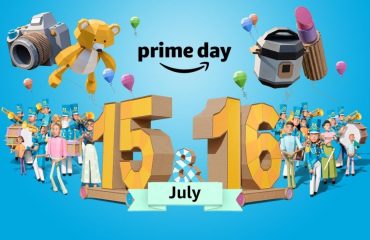