How to Stream Xbox Games on Android With Remote Play

How to Stream Xbox Games on Android With Remote Play 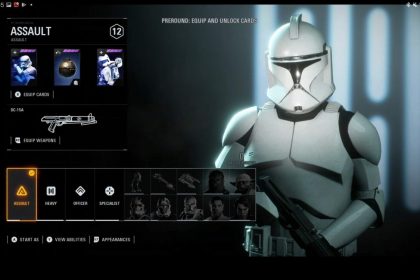 Android gaming is big business, although it’s a platform that misses out on AAA titles. But what if we told you there is a way to play your favourite brand-new Xbox One and Xbox Series X/S games on Android?

Android is a great gaming platform. Its top tier titles are good, and Android can also handle a few retro titles. Overall, however, the kudos of AAA console games has eluded Android.

Ever imagined being able to play Xbox One or Series X/S games on your phone? Maybe flip open your Android tablet in bed for a game of FIFA? Or simply play games across your network while the rest of your household chills to Netflix?

This is possible. All you need is an Xbox One or later, a suitable game controller, and an Android phone running 6.0 Marshmallow or later.

Incredibly, you have two options for streaming Xbox games to an Android device:

This guide focuses on the Remote Play option for streaming Xbox Games.

Related: How to Use Xbox Game Pass on Android

However, before proceeding, it is important to note that remote play is limited to one device. Also, the Xbox cannot perform other tasks, such as play a film on Netflix, while streaming games.

Connect an Xbox One Controller to Android

For the best results playing Xbox One and later games on Android, use an Xbox One or Series X game controller. Here’s how to connect your controller to Android:

Alternatively, you can try a controller designed for mobile gaming. Various solutions are available, from controllers with an attachment to hold your phone to devices that attach to either side of your phone or tablet. You might even use a generic Bluetooth controller. Microsoft recommends the Razer Kishi mobile game controller for use with Xbox One and Series X/S games.

With a game controller set up, you’re ready to start streaming Xbox games to your Android device.

Several Xbox apps have been released for Android over the years. At the time of writing, Xbox Game Streaming has been folded into the main Xbox app, so install this. You don’t need the Xbox Game Pass app for streaming on your own network.

Configure Your Xbox for Remote Streaming

To prepare your Xbox One or Series X/S for streaming games to Android, you need to ensure two things:

Game streaming requires a quality network connection. For the best results, ensure your Xbox One or Series S/X is connected to your router via Ethernet cable.

You’re now ready to play Xbox One and Series X/S games on Android.

With a controller connected to your Android device and the Xbox app running and signed into, tap the Xbox streaming icon in the top-right corner of the app. From here, choose Remote play on this device.

Wait for the green spaceship; shortly, you will see your Xbox One or Series X/S home screen.

All you need to do now is select the game you want to play. Remember to insert the disc in your console if it isn’t a digital-only game.

As the game launches, you’ll see the green spaceship again. Moments later you’ll be playing your favourite Xbox game from the comfort of your phone or tablet.

It’s that simple. When you’re ready to stop gaming, hold the Xbox button on your controller and select Stop streaming.

You may experience some network issues when using Remote Play. This could be due to an issue with your network, your Xbox’s connection to it, or the controller. To diagnose issues, use the testing tool.

Use the test to determine what changes you need to make to your setup. A yellow triangle indicates something that might cause a problem but should be okay. A red circle, however, indicates an issue preventing remote play. An example of this is having your Xbox in energy saving mode. For remote play, you need the power set to instant on, allowing the console to be switched on from the mobile app.

A 5GHz network produces the best results for game streaming. However, this limits you to a reduced range. Switching your router to 2.4GHz is an option; increasing the network range in your home with powerline adapters or wireless network extenders can produce better results.

A common problem is that the Bluetooth controller firmware requires an update. In this case, simply highlight and select the Update Controller option.

Next, select the ellipses (…) and choose Update > Update Now.

Wait while the Xbox controller updates, observing the instruction to keep it “motionless and turned on”. The update process should complete in under five minutes. When the update has completed, select Close.

Most Android devices feature smaller displays than the typical TV connected to an Xbox. However, this shouldn’t dissuade you from trying out Xbox Remote Play. Streaming games across your network to a phone or tablet lets you play the best games you own anywhere.

You’re not stuck to streaming Xbox One and Series S/X games across your network, either. If you own a PC, there are several ways to stream games to Android. 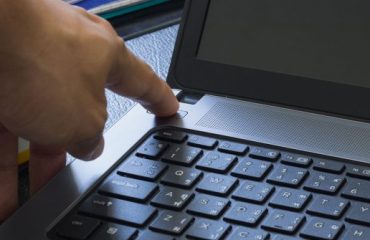 Flic 2 Review: The Ultimate Smart Button That Integrates Anything With a Web API