How to Use and Customize the Drummer Feature in GarageBand

How to Use and Customize the Drummer Feature in GarageBand 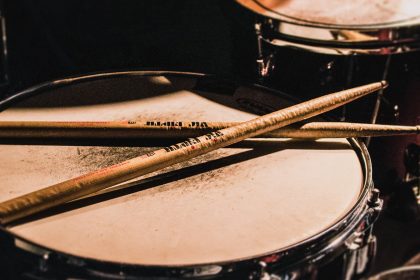 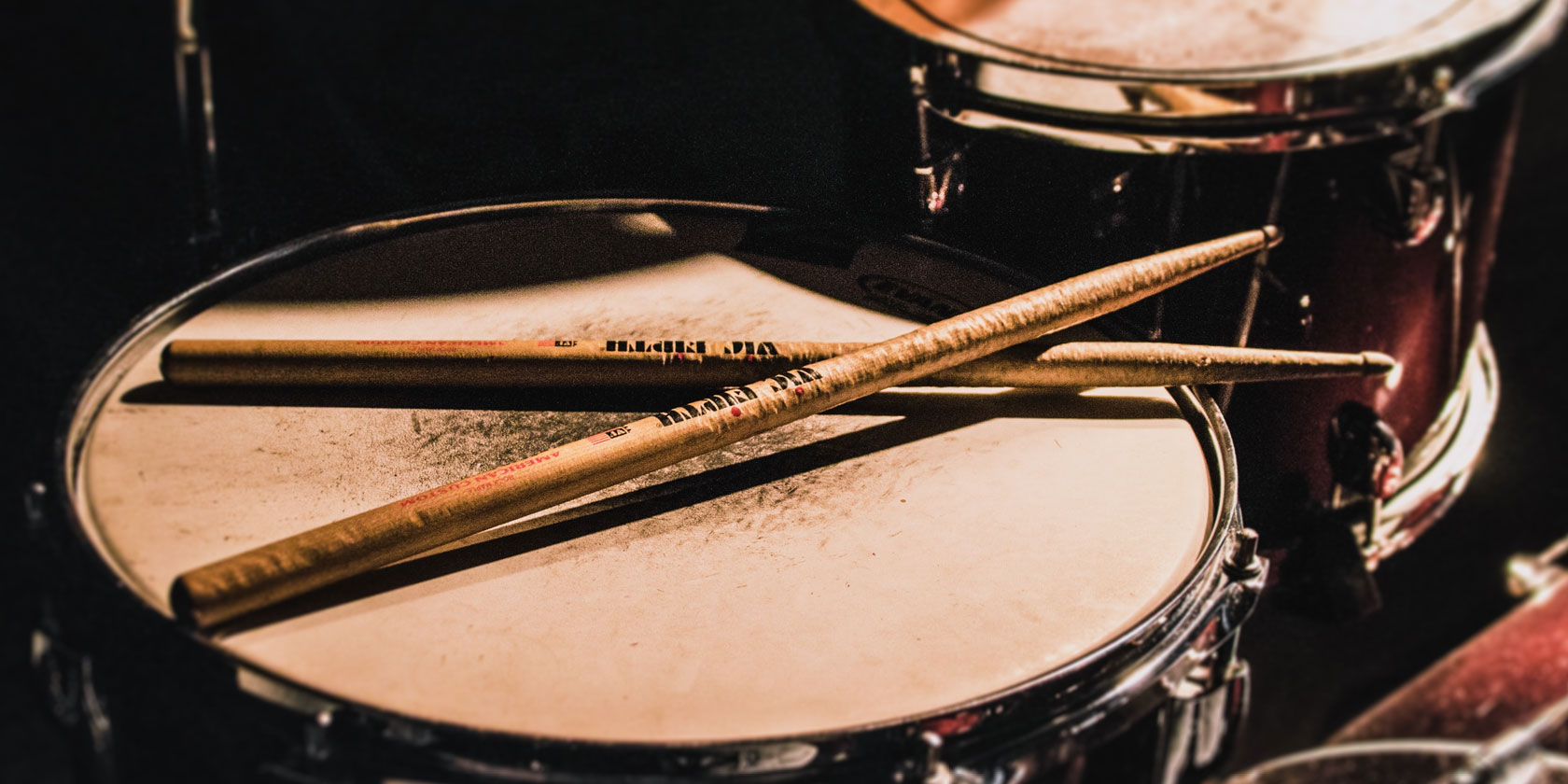 Drummer is one of GarageBand’s most impressive features. It offers an easy way to add professional drum tracks to your project, with almost unlimited customization options.

If you’ve never used Drummer in GarageBand before, we’ll explain everything you need to know to make the most of it in your next project.

What Is the Drummer Feature? GarageBand’s Drummer is a software instrument that plays automated drum patterns to use in your musical projects.

You can choose between 28 virtual drummers and three virtual percussionists, each with their own personal style. You can also edit the rhythm, sounds, and patterns of what Drummer plays to perfectly match your track.

If you haven’t already, go to GarageBand > Sound Library > Download All Available Sounds to download every Drummer option to your Mac.

In case you like to use loops with GarageBand, this also downloads the entire collection of free loops from Apple.

How to Add Drummer to GarageBand

To add Drummer to your GarageBand project, all you need to do is create a new track. Go to Track > New Track from the menu bar and select Drummer from the popup window that appears.

After you add a Drummer track, GarageBand creates an eight-bar region at the beginning of your project. It also opens the Library and the Editor windows to let you choose your virtual drummer, kit, and Beat Preset.

The Library window on the left shows all the different GarageBand virtual drummers, separated into seven musical genres:

Choose a genre, then select an available drummer to read a short paragraph about their playing style. Each drummer offers a different playing style. It might take a while to get to know each of them, so for now, focus on the sub-genre next to their name. You can always experiment with different drummers further down the line.

Changing the drum kit doesn’t change what Drummer plays; only how the actual drums sound. Every drum kit is available for every virtual drummer, although each one has a preferred kit they default to.

After choosing a virtual drummer, hit Space to listen to them play. Then select different kits in the Sounds section of the Library.

Don’t worry about the drum pattern they’re playing. Instead, listen to the tone of the kit or the sound of individual drums. You can tweak the controls in the Smart Controls window to further edit the sound, but we’ll get into that later.

The Beat Preset refers to the actual drum pattern that Drummer plays. If you changed the drum kit, press E to open the Drummer Editor again and find a list of Beat Presets at the left edge of the window.

Each virtual drummer offers a different selection of Beat Presets to fit their genre. Click through each of them to find a drum pattern you like for your project.

Don’t worry if the Beat Preset isn’t perfect; we’ll edit it in a moment.

If you don’t want Drummer to play the same drum pattern for your entire project, you need to create separate Drummer regions in the Workspace window. You can edit the settings for each region so Drummer plays different patterns for the intro, verse, and chorus of your song.

Hover your mouse over the right edge of a Drummer region to reveal an Add (+) button. Click that to create a duplicate region immediately after the original. Then drag and drop it somewhere else, adjust the length, or loop it to fit your song structure.

A duplicate region starts with the same settings as the original. But you can choose a new Beat Preset and edit other settings to change it up. Unfortunately, you can’t change the drummer or drum kit without affecting all the other regions in the same track.

We also suggest adding short regions wherever you want to include drum fills. The easiest way to do this is to move the playhead where you want the fill, select the Drummer region, then press Cmd + T to split it into two regions. How to Edit the Drummer Settings in GarageBand

Using a Beat Preset is a quick way to get started with Drummer. However, you can take far more control over what Drummer plays by adjusting the X/Y Pad, pattern variations, and style knobs in the Editor window.

Double-click a particular Drummer region to open the Editor. Then adjust the settings below to edit that region, making it different from what Drummer plays elsewhere.

The X/Y Pad offers a quick and easy way to change the drum pattern to match your project. Drag and drop the yellow puck to different areas of the pad to completely change the pattern that Drummer plays.

Moving along the X-axis changes the drum pattern from Simple to Complex, while the Y-axis changes from Soft to Loud.

You don’t need to drag the puck to the far corners of the pad. Small movements still change the drum patterns a surprising amount.

To the right of the X/Y pad, you should see a drum kit or a grid of percussion instruments, depending on your chosen drummer. You might see cymbals, toms, shakers, bongos, or other instruments.

Click to highlight a percussion sound if you want to include it in your pattern. Alternatively, remove the highlight if you don’t want to hear that sound. The sliders next to each percussion sound let you change the pattern variation for it. Generally speaking, moving the slider to the right tells Drummer to use that sound more often in the drum pattern.

However, the last two positions for the Kick & Snare sounds let you choose between half-time and double-time drum patterns.

If your drummer uses brushes, you can also use a checkbox beneath these sliders to change the brush style. The right side of the Drummer Editor shows two knobs. These both let you change the style of playing for your selected region.

Increase the Fills level to make Drummer play longer and more complex fills throughout the drum pattern. A fill is an elaborate flourish, or a drum roll, that adds variety to the song. It usually comes at the end of a region.

Increase the Swing level to add a jazz-like swing to the rhythm of the drum pattern. This works best if other instruments in your project also play in swing time. Use the 8th and 16th buttons to choose how fast you want the swing to be. Close the padlock next to either of these knobs to lock those levels. That way, you can change the Beat Preset, the pattern settings, or even the virtual drummer without losing your Fills or Swing level.

How to Mix the Drummer in GarageBand

After creating a series of drum patterns to use in your project, you still need to mix the Drummer track to get the best sounds out of it. The easiest way to do this is using the Smart Controls window.

Select your drummer track and press B to open the Smart Controls. Use the knobs that appear to adjust the volume for each of the drums in your drum kit.

You can even use the lights beside each knob to turn certain drums off entirely.

The Compression knob allows you to “squash” the sound of your drums, making them feel louder. And you can use the Tone and Room levels to change the overall timbre of your kit.

Different drum kits offer different Smart Controls. But you can get even more control over your sound by converting Drummer regions to MIDI tracks.

If you recorded a real drum kit, you would usually create a separate audio track for each drum. This offers more control over the sound, as you can mix each drum independently.

To achieve the same result with Drummer in GarageBand, you need to convert your Drummer regions to MIDI. Create a software instrument track by going to Track > New Track in the menu bar. Then change the instrument to match the drum kit you chose earlier.

Open the MIDI Editor to edit the timing, velocity, quantization, and other parameters for your drum patterns.

Alternatively, select every beat from a particular drum, which you can do by clicking the relevant note on the MIDI sidebar keyboard. Then paste them into a separate software instrument track to split your Drummer region again. Repeat this process to create individual tracks for each drum in your Drummer regions.

Now you can add plugins, change the EQ, or adjust the level and pan for each drum to create the perfect mix.

Learn All There Is to Know About GarageBand

Learning how to use the Drummer feature is crucial if you want to make the most of GarageBand. But Drummer isn’t the only worthwhile feature in this music production software.

Check out our guide on how to use GarageBand to learn all there is to know about loops, software instruments, score editors, and more.

Read the full article: How to Use and Customize the Drummer Feature in GarageBand

You Can Now Use Your Nintendo Switch Online 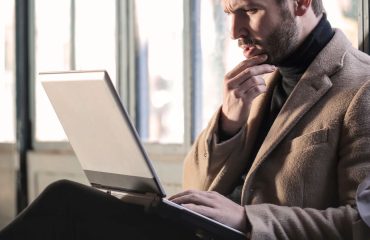 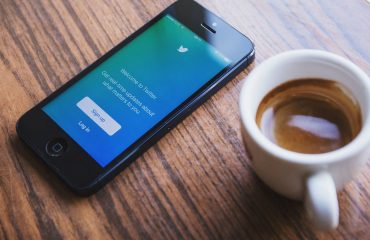