Introducing the New M1 iPad Pro: Everything You Need to Know

Introducing the New M1 iPad Pro: Everything You Need to Know 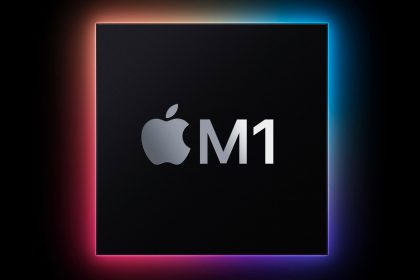 At Apple’s live-streamed Spring Loaded event, the company unveiled significant upgrades to its iPad Pro lineup. Among the improvements are a radical new display, better cameras, and a new chip—the M1.

This new processor powers other improvements to the iPad Pro’s performance and connectivity while achieving all-day battery life.

Here’s a breakdown of everything you need to know about the new M1 iPad Pro.

The M1 is an incredible upgrade for the iPad Pro, and it’s arguably the biggest story coming out of the iPad portion of Apple’s event. By adding the M1 chip to the iPad Pro, Apple has put the same engine as the M1 MacBook Air inside a one-pound touchscreen tablet. This is a fast computer.

The iPad Pro was already incredibly snappy, running on the A12Z, a chip based on the iPhones and iPads of 2018. Now, though, the iPad Pro’s processor is based on Apple’s most powerful desktop chips.

Both the new iPad Pros (the 11-inch and the 12.9-inch versions) come in five storage capacities:

Choosing a storage size affects more than just storage, though—it also determines how much RAM you’ll get in the iPad Pro:

That additional RAM unlocks a huge amount of performance in a device you can use to shoot and edit movies, write and publish web content, play video games with an external controller, and more.

One of the iPad Pro’s major new features is only coming to the 12.9-inch model. Apple’s largest iPad is now the company’s first product to feature a mini-LED display, for higher contrast and a brighter picture.

The company calls it the Liquid Retina XDR display. There’s only one other Apple product that currently features an XDR—“extreme dynamic range”—display, and it’s the company’s high-end Pro Display XDR. XDR is a distinction Apple doesn’t make lightly.

The 12.9-inch iPad Pro’s new Liquid Retina XDR promises a crisp, bright, HDR picture for photos, videos, games, and other apps. It packs 10,000 tiny LEDs behind the touchscreen and features a 40 percent brighter screen than the display on the smaller model.

Local dimming zones refer to a device’s ability to dim specific groups of LEDs, essentially turning off (or dimming) some of the lights to create deeper blacks and much better image quality. More dimming zones translates to better picture quality. Apple’s $ 5,000 Pro Display XDR has 576 dimming zones. The new 12.9-inch iPad Pro has 2,596 dimming zones—more than four times as many!

That gives the larger iPad Pro a sharper, brighter display than any other iPad.

The 11-inch iPad Pro Still Has a Fantastic Screen

It’s not an XDR, but the smaller iPad Pro still has a crisp Retina display. In all but the brightest outdoor conditions, its peak brightness should be plenty bright enough to see it clearly.

And both display sizes have an adaptive 120Hz refresh rate that gives them incredibly smooth scrolling and animations—not to mention top-notch Apple Pencil performance.

New Cameras on the Front and Back

Cameras are typically a bigger deal on phones than on tablets, but the new iPad Pro adds a fascinating front-facing camera capability and improves the back cameras, too.

During a FaceTime call, Center Stage will automatically keep you centered as you move around the frame. It will also try to keep multiple people in the frame, zooming in and out as needed.

Fortunately, the feature isn’t limited to FaceTime; it’ll work with other video conferencing apps as soon as they update to support it.

Rear Cameras Benefit from the M1

The wide and ultrawide rear cameras of the iPad Pro received notable upgrades, mostly due to the more advanced M1 chip.

The iPad Pro can now shoot photos with Smart HDR 3 and uses the LiDAR scanner to focus more quickly. This combination promises better photos and videos in high-contrast and low-light conditions.

If you’re in a place where 5G connectivity is available, you’ll be able to take advantage of its faster speeds on the new iPad Pro. Both models support 5G on AT&T, T-Mobile, Verizon, and other carriers.

The M1 chip also brings Thunderbolt with USB 4.0 support to the iPad Pro’s single USB-C port. With this capability, you can mirror your iPad’s display to an external monitor at up to 6K resolution. Thunderbolt also speeds up transfers to up to 40 Gbps between the iPad and external drives, SD card readers, or other accessories.

The new iPad Pro is also compatible with the Magic Keyboard for iPad, Apple’s keyboard-and-smart-cover combination that debuted in 2020. This accessory now comes in white as well as black.

Third-party keyboards and other accessories are also available for the iPad Pro, including a new version of Logitech’s Combo Touch keyboard.

There are only three configurable options of the iPad Pro: screen size, storage capacity, and cellular connectivity. Here’s a comparison of how those options affect pricing:

The iPad Pro already boasted flagship hardware, unmatched by competing tablets. With its fifth-generation lineup, Apple has made the iPad Pro even more powerful by including the M1 chip. With Apple’s fastest processor, better cameras, a 12.9-inch mini-LED display, and 5G connectivity, the iPad Pro is redefining the top of the line.

There are even more big announcements from Apple’s Spring Loaded event to explore. 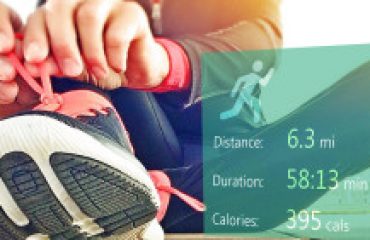 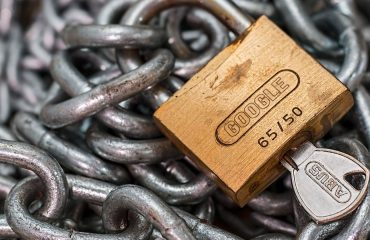