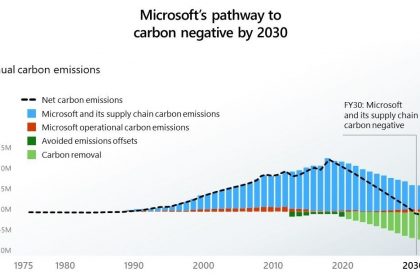 Microsoft is joining Amazon and 12 other major companies in a pledge to hit net zero carbon emissions by 2040.

The goal brings the companies in line with terms of the United Nations Paris Agreement a decade ahead of schedule and will result in the reduction of millions of tons worth of carbon emissions.

Related: The Best Sites to Help You Visualize Climate Change

Companies participating in The Climate Pledge agree to:

The move comes after the January 2020 announcement that Microsoft will become carbon negative by 2030, a massively ambitious target for a global tech company.

While the world will need to reach net zero, those of us who can afford to move faster and go further should do so. That’s why today we are announcing an ambitious goal and a new plan to reduce and ultimately remove Microsoft’s carbon footprint.By 2030 Microsoft will be carbon negative, and by 2050 Microsoft will remove from the environment all the carbon the company has emitted either directly or by electrical consumption since it was founded in 1975.

So, while reaching signing up for The Climate Pledge is ambitious and a laudable commitment, Microsoft had already taken the first steps towards that goal. The following image details how Microsoft will reach its ambitious 2030 goal.

The difficulty for major tech companies like Microsoft is that their ties to other carbon-producing industries will always remain under scrutiny.

Critics were quick to point out that while Microsoft is reducing its footprint, which is good, it provides a huge amount of infrastructure for the oil and gas industry, one of the world’s major polluters.

It is a similar situation for Coca-Cola, on the one hand signing up for carbon reduction initiatives like The Climate Pledge, while on the other hand being named as one of the single-worst global polluters every year.

Furthermore, Amazon’s efforts are commendable, but the commerce giant’s own footprint grew by around 15 percent, according to its 2019 self-published emissions report. Amazon also does not report to the CDP, the former Carbon Disclosure Project, which monitors and rates global companies’ efforts to reduce their footprint. 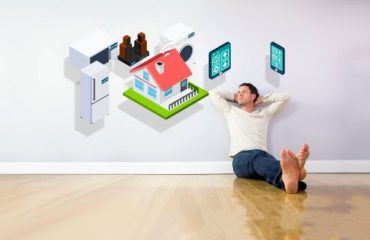 Looking for Smart Home Inspiration? 10 Resources to Check Out Now 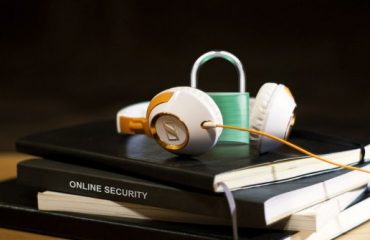 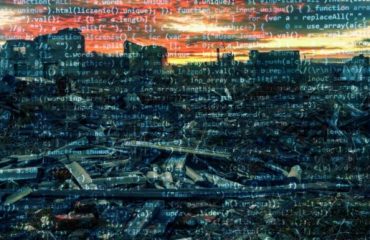