Microsoft May Soon Score How Bored You Are in Meetings

Microsoft May Soon Score How Bored You Are in Meetings

If you have a tendency to glaze over during long meetings, you may want to practice your poker face pretty soon. Microsoft has patented a technology that rates how well a meeting is going through elements like facial recognition.

What Is Microsoft Planning for Meetings?

You can see all the details for yourself on the US Patent & Trademark Office in a patent filed by Microsoft.

The patent discusses a potential system that gauges the effectiveness of a meeting. The system would use metrics such as facial expressions and room temperatures to monitor how effective a meeting is.

The patent also discusses the potential for a device to measure how much someone is paying attention.

The tool will then collate all the data to create an overall score for the meeting. It would then compare this score to other meetings that occurred at specific times of the day, and with specific members.

When the host then creates another meeting, the system will compare all the metrics and warn the host of potential problems. For example, if someone wanted to set a meeting in the morning, the system may tell the host that attendees are more likely to leave to get a cup of coffee compared to an afternoon meeting.

Is Microsoft Moving to a Score-Based Workplace?

This isn’t the first time we’ve seen Microsoft assigning scores to businesses. Recently, the company released a tool that measured levels of interactivity in Microsoft apps to give employers a “Productivity Score” for each worker.

The difference between that tool and this one, however, is that this tool hasn’t been released yet. In fact, all we know about it is from these patents, which are by no means a guarantee that the system will ever release.

One thing we can tell, however, is that Microsoft seems to be focusing on educating employers about their worker’s habits. Of course, both this patent and the Productivity Score pose big threats to privacy, so we’ll have to see if businesses choose to adopt them.

Microsoft wants to help employers host better meetings, and it decided that a scoring system is the best way to achieve this. However, can such an intrusive system see support, or will employees rebel or game against the system to their advantage?

If you’ve recently gotten into remote working due to recent events, you may want to get up-to-date with some essential remote work tips to get you started. Working from home has its own challenges that make it difficult to stay productive.

7 Ways to Silence a Loud and Noisy Gaming Computer 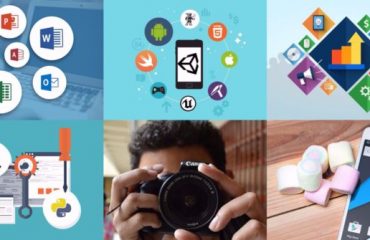 Name Your Own Price On These 6 Massive Course Bundles 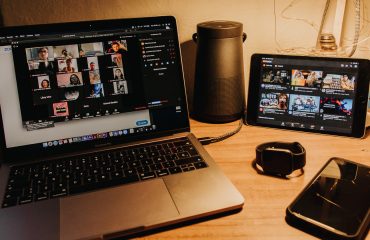