What Is Microsoft Holiday Hits?

Microsoft Holiday Hits is the “greatest selection of holiday songs EVER assembled.”

At least, that’s what it would be if it were real. The official Microsoft tweet revealing the spoof album simultaneously raised the holiday hopes and dashed them within a moment.

Who wouldn’t want to hear such Microsoft classics as “Joy to the Word, spellcheck is done” and “Please mute ye merry gentlemen, you’re talking far too loud, we’re trying to have a meeting, you’re yelling in a crowd?”

It also features instant holiday hits such as “Windows Wonderland,” “Frosty the Windowsman,” and “The Most Wonderful Teams of the Year,” available across “four CDs or four long-play cassettes.”

Not forgetting the chance to ring in 2021 to the classic tune of “Azure Lang Syne.”

Of course, this is a fantastic holiday spoof from Microsoft. But there is a small part of every Microsoft fan that wishes this was real if only for the ridiculous holiday cheer it would bring any dining table or kitchen.

It isn’t the only way Microsoft gets involved with the holiday period, either. Microsoft’s ugly sweaters are one of the most lusted after gifts of the holidays, constantly selling out within minutes. 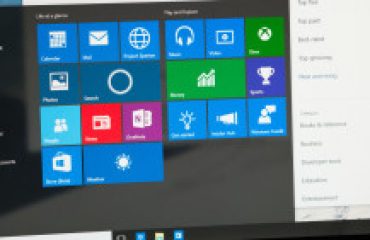 How to View Installed Apps in Windows 10 in Grid Mode