The ad criticizes the MacBook Air notebook, which is powered by the Apple M1 chip, as skimping on features that people who prefer Surface devices want. For instance, the video praises the Surface Laptop 4’s built-in touchscreen which no Macs to date have offered as Apple keeps on insisting that touch surfaces want to be horizontal, not vertical.

The commercial then goes on to focus on the inclusion of legacy USB-A ports, prompting a teenage girl in the video to advise the viewer to “better bring your dongle.” The Surface Laptop 4 also offers USB-C like the MacBook Air, but Apple’s machine lacks USB-A ports.

Curiously, Microsoft has closed comments for this particular video.

The 30-second ad is available on the official Microsoft Surface channel on YouTube.

The commercial also goes on to praise the Surface Laptop 4’s ability to run Windows natively for apps and gaming. Indeed, gaming has never been a strong focus on the Mac.

As for the ability to run Windows natively, it’s certainly a legitimate selling point—Apple’s M1-powered Mac systems cannot dual-boot in Windows nor are there currently any viable solutions available to run Windows via virtualization.

Microsoft wrote the following in the video’s description:

The new Surface Laptop 4 comes in 4 beautiful colors and 2 keyboard finishes so your Surface can match your style. With a PixelSense touchscreen you can effortlessly pinch, swipe, and zoom and put the power in your hands. Plus with a powerful processor you can seamlessly run all your favorite apps and games.

Curiously, Microsoft has closed comments for this particular video.

And if a recent ad is anything to go by, Microsoft also loves it is Surface Pro 7 a lot more than Apple’s newest iPad Pro. And yet another Microsoft ad unfavorably compared a MacBook parody (amusingly dubbed “BackBook”) with the latest Surface Pro.

Starting at $ 1,000, the Surface Laptop 4 is an ultra-thin notebook designed by Microsoft. Outfitted with a 13.5-inch touchscreen, the computer offers the choice between an AMD Ryzen 5 or an Intel chip. Apple’s new MacBook Air starts at $ 999 and runs Apple’s M1 chip that offers substantial performance and reduced power consumption.

Reports by influential analysts and well-informed journalists point to some changes to Apple’s notebooks this year. Apparently, the Touch Bar will be going away while magnetic charging, an SD card reader, and an HDMI port are all returning later this year.

Microsoft is perhaps scared of the Apple silicon wave coming its way, but it’s not standing still—the latest check show accelerated work on improving the Windows on ARM project.

At the end of 2020, the company brought 64-bit app emulation to Windows 10 on ARM, allowing users to emulate full x64 apps, rather than just x86, ARM32, and ARM64. On top of that, Microsoft will be bringing some ARM-based chip development in-house, replicating Apple’s own move with the iPhone chips more than ten years ago. 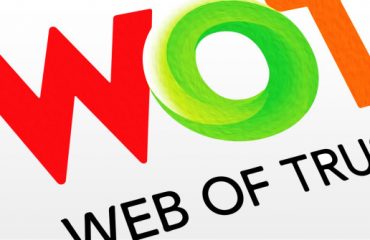 You Should Uninstall Web of Trust Right Now It Turns Out Netflix Was Right to Raise Prices