Synology Launches Its Own Line of HDDs Alongside New RackStation Units

Synology Launches Its Own Line of HDDs Alongside New RackStation Units

The news of Synology launching its first HDDs sounds a little strange. Surely one of the world’s biggest data storage and NAS manufacturers already produces storage?

Well, Synology does produce SSDs and other types of memory. But the new HAT5300 enterprise HDDs are the first “high-performance enterprise hard drives specially engineered for Synology deployments.”

The Synology HAT5300 HDDs will launch in three sizes: 16TB, 12TB, and 8TB, all at 7200RPM. The drives will deliver up to 274MB/s sustained data transfer rate, and Synology tests show up to 23 percent faster sequential read rates when used with Synology hardware.

Related: The Best NAS Hard Drives For Any Purpose

For comparison’s sake, a USB 2.0 drive has a maximum data transfer rate of around 60MB/s and while comparing an enterprise HDD to a USB 2.0 flash drive is like comparing apples to mushrooms, it gives you an idea of the data throughput.

Another bonus to using the Synology-developed HAT5300 HDD is automatic firmware updating through Synology DiskStation Manager, along with additional monitoring and management tools for system and network admins.

The HAT5300 enterprise hard drives are great for business-critical data that require capacity, reliability, and cost-effective performance. During development we tested the three SKUs for more than 300,000 hours to ensure that they deliver absolute dependability for our customers. We’ve created highly-optimized drives that our customers can rely on to work perfectly with our systems and seamless DSM integration.

The drives are rated for up to 550TB data transfer per year, making them a great option for almost any enterprise environment.

The three new RackStation units will deliver some substantial performance boosts over the previous generation, with the RS3621RPxs delivering up 68 percent higher random read performance than its direct predecessor.

Under the hood, you’ll find an Intel Xeon D-1541 processor with support for up to 64GB RAM, with 8GB DDR4 included as standard. You can also upgrade the new Synology RackStation units with a “compatible 10GbE NICs3 and/or NVMe SSD cache,” which should deliver some extra capacity.

Both the Synology HAT5300 HDDs and the new RackStation units are available for purchase now. 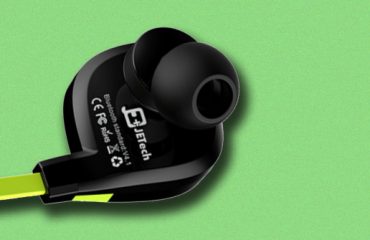 Today Only, Get a Pair of Bluetooth Earbuds for CDN$16 [CA]

How to Shazam Music That’s Coming From Your iPhone