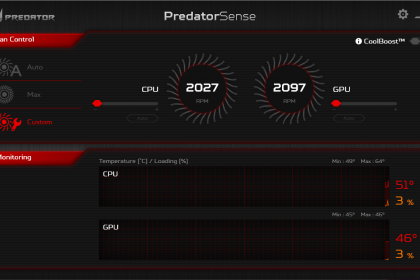 Why Do I Need a Laptop Fan Control Software?

Laptop fan control software may be useful if your laptop’s manufacturer does not offer you dedicated software to control and monitor your hardware.

For example, Asus laptops typically come with software called “PredatorSense” that gives you control of your laptop’s fan speed. But, if your laptop didn’t come with similar software, you’ll need these third-party laptop fan control apps.

SpeedFan is one of the most popular and free-to-use laptop fan control apps around. It shows you the most important system statistics, including fan speed and temperature reports to ensure everything is running nice and cool.

Furthermore, with its easy-to-understand graphical user interface, SpeedFan lets you monitor your hardware to closely and easily monitor the temperatures of your system.

SpeedFan’s digital sensors read the temperature of your motherboard and hard disk, allowing you to change your fan speed to cool down the computer when it is under heavy loads.

EasyTune 5 is more than just laptop fan control software. It comes with many other features that you may not have realized you needed. One of those features is EasyTune 5’s Smart-Fan Control.

With EasyTune 5’s Easy Mode and the Fan-Control feature, you can directly control how fast and slow your CPU cooler’s fan runs, which would directly impact the performance and temperatures of your computer.

Also, to get the most optimized cooling, you can set your CPU fan speed to correlate your CPU’s temperature, so they both are in sync and give you the best performance.

Along with fan control, EasyTune 5 can also help you overclock your CPU. EasyTune 5 comes with CPU Intelligent Accelerator (CIA) and Memory Intelligent Booster 2 (MIB2) to help you get more performance out of your CPU and memory.

If you’re looking for lightweight laptop fan control software, Argus Monitor is the way to go.

With its small memory footprint, Argus Monitor gives you full control over your laptop’s fan speed. It also monitors the temperatures and the overall health of your CPU, hard drivers, and SSDs.

If your hard drive or SSD is failing, Argus Monitor will warn you in the early days of the failure, so you quickly act and fix the issue.

Furthermore, Argus Monitor comes with an easy-to-configure interface and all the features you need to run your laptop cooler and smoothly. One downside is that it is a paid software, starting with a free 30-day trial.

WHMonitor has been around for a while and has distinguished itself as one of the growing hardware monitoring and fan control apps available today.

Although the user interface is a bit clunky, HWMonitor makes up for it in its abundant features compared to the other laptop fan control software we’ve listed here.

Along with controlling your laptop’s fan speed, WHMonitor also allows you to monitor your system’s sensors, including voltages and temperatures.

Furthermore, HWMonitor also gives you a straightforward way to keep track of your PC. It logs the motherboard’s voltage and CPU voltage, and other system power consumption in watts.

If you’re looking for fan control software for a Mac, Macs Fan Control is probably your best bet. Macs Fan Control has a straightforward user interface that lets you control your mac’s fan speed and monitor CPU temperature.

If you’re using Windows using Bootcamp on your Mac, you still can use this software to control your MacBook’s fan speed. Along with CPU fan control, you also get real-time fan speed monitoring and temperature sensors for your CPU, HDD, and SSD.

Furthermore, you can set custom RPM values for precise control over your fan speed to get the best cooling and maximum performance out of your MacBook.

Because there aren’t many fan control software options for macOS, Macs Fan Control is the only good one available right now for free.

If you love your Mac, TG Pro is a must-have utility for you. It allows you to fully control your Mac’s fan speed to get the best performance out of your Mac.

Furthermore, TG Pro will reduce the temperatures, so your Mac stays functional for a whole lot longer by not having to replace the grilled components.

Even the iMac’s cooling system is said to be “too conservative” by its users and that it doesn’t cut it until you install TG Pro and control the fan speed yourself.

Also, TG Pro is an extremely useful tool to gently speed up fans and to avoid “full blast” bursts which are annoying and distract you from your work.

Related: How Long Do Laptops Last? Ways to Increase Your Laptop’s Lifespan

Is It Bad To Run Laptop Fans at Full Speed?

If you’re using a Windows laptop, SpeedFan is the recommended software to try. On Macs, however, TG Pro is recommended but costs a one-time payment for a lifetime license. Macs Fan Control is a free alternative you can try if you don’t want to spend money on TG Pro. 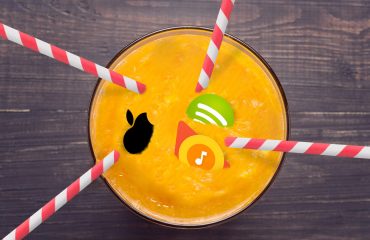 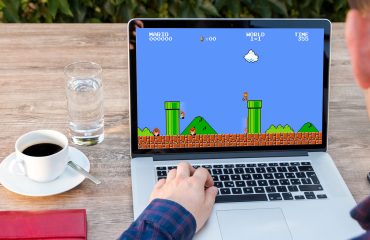 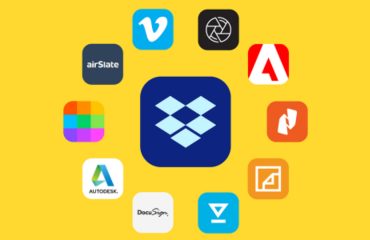