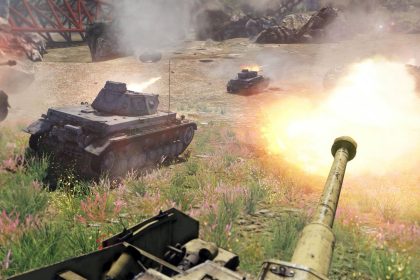 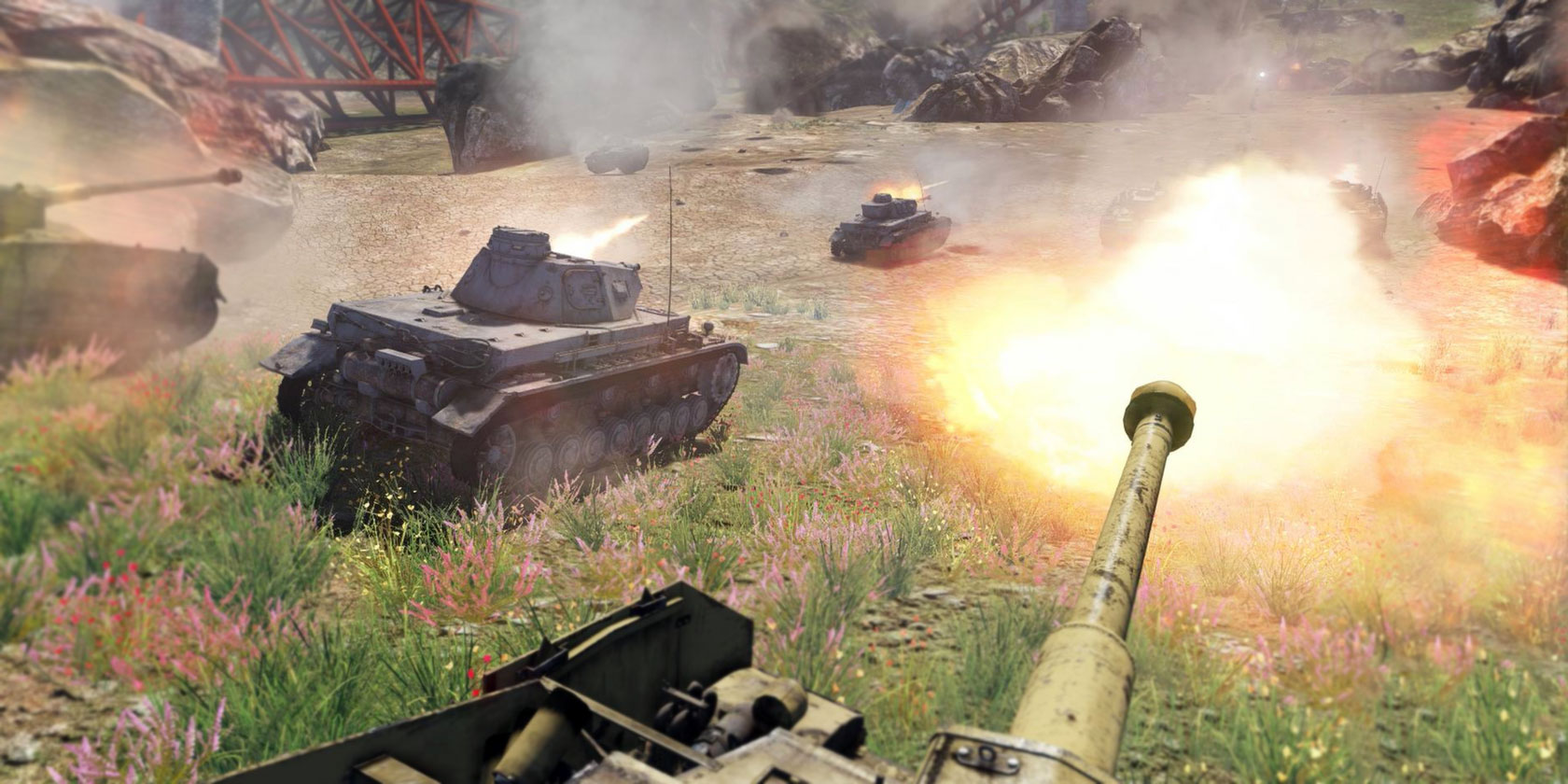 Tank games are a lot of fun, and they come in a range of different styles. From fun arcade games to realistic recreations, the best tank games will appeal to anyone with a love for big cannons.

With that in mind, let’s explore the best tank games you can play right now on a range of different platforms. This juggernaut of mechanized warfare is the best tank game for sheer popularity. World of Tanks has well over 100 million registered players, and set at least two Guinness world records for the largest number of concurrent players on a single server.

World of Tanks takes an arcade approach to the tank genre. The vehicles have HP bars, and lose health regardless of where you hit them. Despite this, it still has some intricate mechanics under the hood to keep things interesting.

For example, hitting a tank perpendicular to its armor is better than hitting it at an angle, as the latter has a chance of rebounding. Each tank has its own armor thickness values, so it’s worth learning where the weak points of your enemies are.

There’s quite a lot to take in, but World of Tank’s one-respawn design means you can quickly queue back up after a defeat. World of Tanks also promotes mastering one or two individual tanks, which means practice makes perfect.

World of Tanks is available for PC, Xbox 360, Xbox One, and PS4. However, the PC version is updated more, as the console versions are restricted by the 360’s hardware. Regardless, it’s still one of the best tanks games on PS4 and Xbox. If you want to know what it’s like to get into the cramped cockpit of a tank, Steel Armor is one of the best tank games to play.

Steel Armor comes in two different parts. The first part plays as an operational strategy game, where you’ll deploy, supply, and repair units on the battlefield.

The second part is a close simulation of tank warfare. You can move between the gunners, drivers, and command stations to take over different tasks. From the command station, you can issue orders to the rest of your troops.

There’s no campaign here, and it isn’t an MMO like World of Tanks; however, you can create your missions and play in one of four operational areas. Each battle rewards you with experience points that level up your units.

As a result, you’ll need to balance map-based tactical warfare with the demands of controlling a single tank to come out on top, making it one of the best tank games for simulating the real thing. If you combine the realism of Steel Armor with the online competitive nature of World of Tanks, you get War Thunder. This is a free-to-play game that lets you take control of planes, tanks, and boats in a range of different combat scenarios.

War Thunder has an arcade mode, which is good for casual play; however, War Thunder players gravitate towards the realistic and simulation modes. These two modes are where War Thunder stands out as one of the best tank games for realism.

Realistic mode removes the enemy indicator over hostile tanks, but keeps the allied indicators. This means that you need careful spotting and scouting to find enemy tanks, but you know where your teammates are.

Simulation mode, on the other hand, forces you to an “in-tank” point of view, removes both enemy and teammate indicators, and enables friendly fire. In short, you’d better know your IS-2s from your Tiger IIs if you plan to play War Thunder in sim mode.

Damage calculation in War Thunder is different to games like World of Tanks. Instead of a health bar, every tank has an interior similar to its real-world counterpart. Everything from crew positions to engine placement to ammo racks are re-created, which you need to damage to take out a tank.

Unlike other tank games, War Thunder takes the focus away from individual vehicles and widens it to a specific nation’s arsenal. For example, while other games will let you fight in a Sherman, War Thunder lets you draft and field an entire American lineup. Once one tank blows up, you field the next one in your lineup. Blitz is the mobile version of World of Tanks, which received a PC port not long ago. The app cuts down on the complexity, but keeps the fast-paced combat to make it the best tank game for Android and iOS.

Pick one of 250 tanks and engage in 7v7 battles with players from around the world. There are lots of tanks to unlock and crew upgrades that let you customize the way you play.

Although the game was designed with a touchscreen interface in mind, you may struggle playing this on a phone screen. Stepping up to a tablet will make it a little easier, though many people do play on their phones with no problems.

If you’re only interested in free mobile games, World of Tanks Blitz is a fine addition to your library. Like its PC equivalent, it’s free to download and play. If you like the sound of the above games, but prefer to control your entire team of tanks instead of driving just one, try Armor Age: Tank Wars. This plays somewhat similarly to games like World of Tanks, but lets you control the entire team.

The main focus of Armor Age is the single-player campaign. You collect a menagerie of tanks from different nations, each one acting as one of four classes. You need to play to each tank’s strengths and position them properly to get the most out of each one.

While there is an extensive campaign to sink your teeth into, the game does also have a PVP mode. You pilot up to five tanks against another person in a mini battle. Despite being a mobile game, the PVP is surprisingly tactical and well worth a try. Panzer Corps is one of the best tank games for strategy. Instead of controlling a single tank, you’ll take control of an entire legion of them and guide them, through turn-based strategy, to victory.

There are 26 scenarios for you to work your way through, as well as a multiplayer mode that pits your skills against other people. Pocket Tanks may not be as realistic as the above entries, but it’s still good fun for any fan of tank games.

In Pocket Tanks, you face off against one opponent on a 2D map. Mountains and pits stand in your way, so you need to angle your shot and select the right ammo to hit your opponent. With over 100 types of ammunition including napalm, a dirt mover, a fission bomb, a lightning strike, and a gravity well, you have lots to experiment with.

It’s a silly game, but if you want to lob crazy projectiles at one of your friends, you can’t go wrong with Pocket Tanks. Over the years, there have been different variants on the “tank arena” game. Players fight in a simple arena with a few walls as obstacles, rebounding shots off of the walls.

Tank Hero is the smartphone version of this game. You drive your tank around different environments and game modes, rebounding shots off of walls to be the last one standing. Even though the gameplay is simple, it scratches that arcade-loving itch that keeps you going. It’s also one of the few offline tank games you can play without using data.

There are plenty of tank games out there, but only a few truly stand out. These are the best tank games money can buy, from the realistic to the more arcade-like.

And if you like tanks but want to try your hand at something new, why not play one of these World War II strategy games? 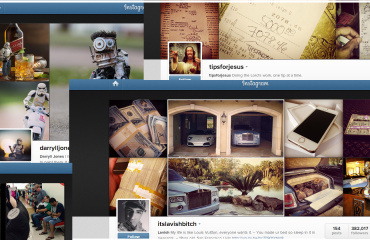 These 10 Tips Will Help You Get Noticed on Instagram 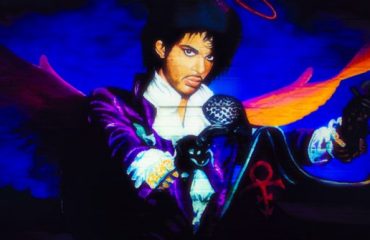