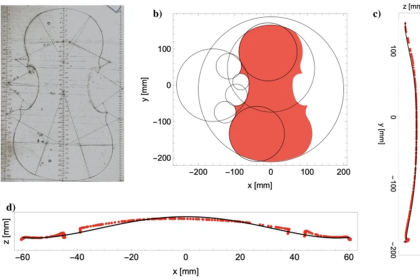 In an attempt to change the fact that contemporary violin making is “more based on tradition than understanding,” a team of researchers in Italy have developed something rather useful.

Sebastian Gonzalez, Davide Salvi, Daniel Baeza, Fabio Antonacci, and Augusto Sarti from Italian university Politecnico Di Milano (Polytechnic University of Milan) have developed an AI system that may save instrument makers a lot of resources—it predicts what a violin might sound like before it’s even been made.

The AI uses schematics to determine what the unmade violin will sound like. This was made possible by developing a neural network to process measurements before comparing them with output sounds.

The ability to predict how a violin design sounds, can truly be a game changer for violin makers, as not only will it help them do better than the “grand masters,” but it will also help them explore the potential of new designs and materials.

Crafting a violin today isn’t too different from how it was done when the instrument first appeared in the 16th century, apparently.

A luthier is someone that builds and repairs string instruments; modern luthiers tend to create variations of the same violin designs that have been around for centuries. Why? Because its shape and vibrational properties dictate its sound.

Building a violin is a costly endeavor, and yet, if a luthier wants to create a new design, they won’t know what the violin will sound like until after it’s built. This is the problem the researchers were hoping to solve in building this AI system.

Over the past few months, we’ve been seeing more and more researchers try to use AI in creative ways. All the experimentation has led to some pretty intriguing results.

Back in February, Google’s Arts & Culture team used AI to simulate synesthesia, in memory of Russian painter Wassily Kandinsky. A month after that, genealogy company MyHeritage went viral for its AI-powered tool that animated still photos.

Tagged under: Instruments, Like, Pictures, Simulate, Sound, They, This, Uses 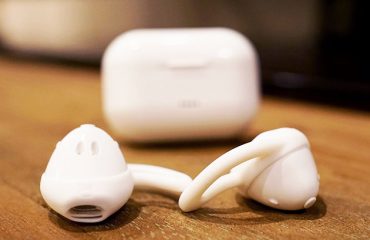 Opera Shuts Down Its VPN App for Android and iOS