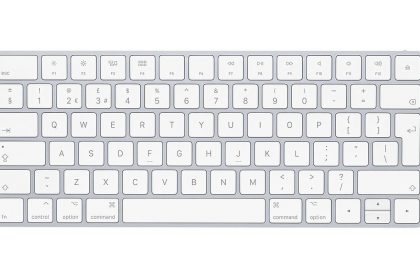 Unlike laptop users, those of us who still use desktop computers need a separate keyboard. Although you can use almost any keyboard with most PCs, your best choice is the Apple Magic Keyboard if you’ve bought an Apple computer.

The keyboard is either bundled with or offered as an option for most Macs and is generally considered the most seamless experience for macOS. In 2020, the company released the Magic Keyboard for iPad, an edition of the keyboard with an integrated touchpad.

Let’s take a closer look at Apple’s Magic Keyboard and how it works.

What Is the Magic Keyboard?

The Apple Magic Keyboard is the default keyboard for Apple devices. It was first launched in 2015 as the successor to the Apple Wireless Keyboard. In the years since, there have been revisions to the design, as well as extended editions. The company’s experience-focused approach to design means that the keyboard integrates seamlessly with your Apple devices, including MacBooks, iMacs, Macs, iPhones, iPads, and Apple TV.

Many third-party options fall short on features or shortcut keys. Most keyboards are also designed for Windows computers with a different key layout and platform-specific functionality. The Apple Magic Keyboard, on the other hand, is designed specifically for use with macOS or iPadOS devices.

The standard Magic Keyboard uses the QWERTY layout but comes without a numeric keypad. Fortunately for those who prefer the number pad integrated with the keyboard, Apple has also released the Magic Keyboard with Numeric Keypad.

However, the Magic Keyboard uses a redesigned scissor mechanism to increase key stability by a third and reduce key travel compared to its predecessor, the Apple Wireless Keyboard.

The keyboards connect wirelessly via Bluetooth, and there’s also a Lightning port for topping up the battery. However, you shouldn’t have to use this that often, as the battery can last for up to a month before it needs recharging.

Although the keyboard comes included with a new Mac, if you’re thinking of buying one, first consider whether the Apple Magic Keyboard is really worth the money.

This edition of the keyboard is equipped with a USB-C port for pass-through charging. The most crucial difference between this keyboard and the desktop equivalent is the inclusion of a multi-touch trackpad. At present, only a limited number of iPads support touchpads or trackpads, so be sure to check to see if your model is supported before purchasing the Magic Keyboard for iPad.

How to Connect the Magic Keyboard to a Mac

If you have purchased a new iMac or Mac Pro, it’ll arrive with a pre-paired Magic Keyboard included in the box. However, if you want to pair a new keyboard or connect the Magic Keyboard to a different Apple desktop, it only takes a few steps:

Although the setup is fast and reasonably straightforward, there’s always the possibility you’ll run into connection issues later down the line. In that case, you might want to check out our Apple keyboard troubleshooting tips.

How to Connect the Magic Keyboard to an iPad

However, if you have purchased Magic Keyboard for iPad, there are a few alternate steps to follow to connect the keyboard to your iPad Pro 12.9-inch, iPad Pro 11-inch, or iPad Air:

The Best Keyboard for Apple Users

An experience-focused approach has helped Apple become one of the world’s most successful technology companies. Its products are designed to integrate well with one another, and the Magic Keyboard is an excellent example of this. The keyboard works with most Bluetooth-enabled Apple devices, and there’s even a variant for the iPad with an integrated touchpad.

Despite this, you may find that the Magic Keyboard isn’t right for your setup. For instance, the standard edition doesn’t come with a numerical keypad. However, there are plenty of alternatives to the Apple Magic Keyboard that may be better value for money. 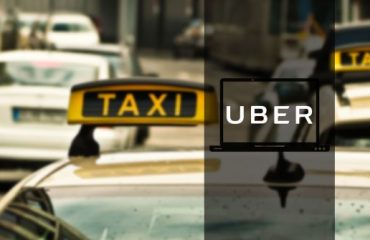 The Simplest Uber Hack to Book Cabs From Your Computer 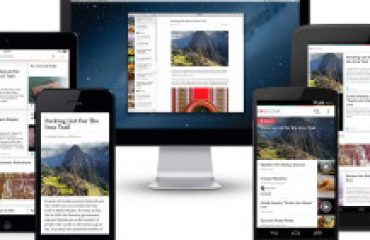