What Is Lidar and How Does It Work? | MakeUseOf

What Is Lidar and How Does It Work? | MakeUseOf 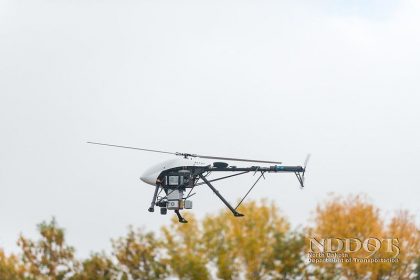 In one context or another, you have probably run across the term “LiDAR” in one of its many forms. Specifically, many newer generations of mobile phones are touting their LiDAR capability.

Whether you’re deciding if LiDAR technology should factor into your next smartphone purchase or just want to be a part of the conversation, it’s worth taking the time to understand this upcoming technology.

Depending on the source that you are looking at, you might see “LiDAR” expressed with any combination of uppercase and lower case letters, ranging from all caps to no caps. However it is capitalized, and it stands for “light detection and ranging.”

Light detection and ranging is a method that uses pulsed light to detect differences in distance between the LiDAR sensor and the nearest objects or planes. A LiDAR sensor consists of a LiDAR laser, a LiDAR scanner, and a GPS unit. For aerial LiDAR, an additional device factors in the angle and speed of the craft.

The laser sends a burst of light, which bounces off of an object. The reflected light is then collected by the scanner. This information is then contextualized with readings from the GPS unit, which is recording the position of the LiDAR detector itself.

What Is LiDAR Used for?

Some of the most basic LiDAR applications can require a single data point from the location above. For example, the Measure app on LiDAR-Enabled Apple devices can use a single LiDAR data reading to determine distance. It can also use more readings on entire objects and people to do things like determine a person’s height.

LiDAR data can also be used to create digital replicas of physical objects or to make digital models more believable in augmented reality applications. Using readings to sense depth in a user’s surroundings and placing digital models accordingly is a major selling point for Apple in their ARKit-enabled devices.

It’s true that AR applications do already exist for non-LiDAR-enabled devices. However, the AR element is usually simply placed in front of the user’s camera. Moving these elements closer to or farther away from the screen can be difficult and if anything moves in between the camera and where the element is supposed to be, it ruins the illusion.

LiDAR data can also be collected by helicopters, airplanes, and even satellites. Organizations like NOAA use this kind of information to create detailed and highly accurate topographical maps. These maps can be used in biology, earth and weather science, construction, and disaster assistance.

Further, LiDAR doesn’t just detect how far away an object is. Because light can travel through objects of different densities, LiDAR can be used to better understand the composition of objects and terrain.

Sometimes, LiDAR can even allow us to see objects that we wouldn’t otherwise be able to. NOAA and groups like the National Ecological Observatory Network use this data to map areas underwater or even under vegetation.

There is also a huge drive in archaeology to use LiDAR mapping. LiDAR’s ability to “see-through” different materials has already led to the discovery of lost historical sites in thick forests or under the waves.

Related: What Is SLAM? How Self-Driving Cars Know Where They Are

There are actually two different types of LiDAR. Topographic LiDAR is the more common kind that is used in most of the applications discussed so far. Bathymetric LiDAR works in a similar way but uses green light instead of near-infrared light and it is used specifically for penetrating water.

How Anyone Can Use Depth Sensing

You can also purchase LiDAR scanners. Single-point models can cost under $ 100, with more robust models going into the thousands.

Android users may feel left out at this point. It’s true, Android’s ARCore has not offered a response to Apple’s LiDAR offerings. However, Google announced a Depth API that uses the camera and other sensors instead of a LiDAR system to offer depth and occlusion.

While there’s room to be skeptical that the Depth API will be as effective as LiDAR, at least in earlier editions, it does make many of the same promises at a lower cost to consumers. The API will be included on phones starting with the Galaxy Note 10+ and Galaxy S20 Ultra.

LiDAR in the Future of Spatial Tech

Just like archaeologists are looking to use LiDAR to discover forgotten cities, groups like Augmented.City are looking to create digital maps of existing cities that could one-day help to power everything from mixed reality glasses to autonomous vehicles.

Do You Have a Use for LiDAR in Your Life?

LiDAR can look crazy and sound crazier. Because it’s just now coming into the consumer space, it’s natural for it to be talked about in unfamiliar ways. However, the technology has actually been around for quite a while.

While the applications of LiDAR technology can be quite varied, at its heart all that it does is determine the distance from a device to an object. Most users will probably just use it in social media filters. But it doesn’t hurt to understand it. 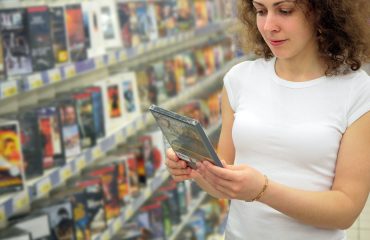 Where to Score Cheap Movie Rentals and Discounts: The 5 Best Options 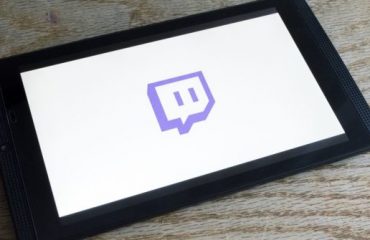 How to Finally Change Your Twitch Username Why Did Russia Ban Telegram? (And What That Means for You)