Windows 10 Pro vs. Enterprise: What Are the Differences?

Windows 10 Pro vs. Enterprise: What Are the Differences? 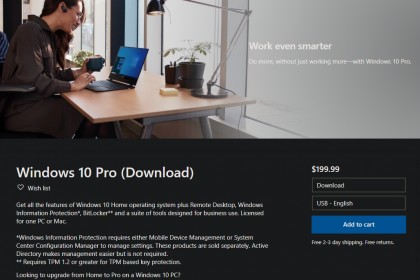 While Windows 10 is available in many editions, most of them are designed for specific purposes and aren’t available to the general public. As a result, you might be confused about Windows editions that aren’t sitting out on store shelves, like Windows 10 Enterprise.

Let’s take a look at Windows 10 Enterprise vs. Windows 10 Pro, including their intended uses, cost, and included features.

Before we continue, you should know that if you’re wondering what version of Windows 10 is right for you, you don’t need to worry about Windows 10 Enterprise. Enterprise editions of Windows are intended for corporate use, and thus aren’t something you would purchase on your own.

We’ve looked at the differences between Windows 10 Home and Windows 10 Pro, which are the only two versions you need to consider for your own PC.

First, let’s look at the fundamentals of Windows 10 Pro and Windows 10 Enterprise to see how they differ.

Windows 10 Pro is the next version of Windows above the base Home version. While Windows 10 Home includes all the standout features of Windows 10, like gaming tools, Microsoft Store apps, phone linking features, and more, Windows 10 Pro builds on this.

In Windows 10 Pro, you also get advanced features like Remote Desktop, BitLocker, Hyper-V, Enterprise Mode for IE, and similar. You also need at least Windows 10 Pro to connect a PC to a domain, which is a common way to manage machines in a business setting.

The average home user doesn’t really need anything in Windows 10 Pro, but enthusiast users may prefer it to have access to all the geeky functions.

In contrast, Windows 10 Enterprise is an edition of Windows that includes even more corporate-focused features than Windows 10 Pro. For instance, you’ll find tools like Credential Protection, which are designed to prevent unauthorized uses of single-sign on functions. It also includes advanced security functionality, designed to work across a network of many business computers.

The majority of what Windows 10 Enterprise offers over Windows 10 Pro is aimed at IT professionals. These features wouldn’t be necessary for a small business with just a few computers.

Notably, unlike Windows 7, there is no “Windows 10 Ultimate” edition. Windows 7 Ultimate was essentially Windows 7 Enterprise repackaged for home use, but Microsoft hasn’t offered something like this for Windows 8 or Windows 10.

Next, let’s take a brief look at a few of the main features in Windows 10 Enterprise so you know what it offers.

Windows 10 regularly receives updates to add new features; while this is great for home users, it can cause major problems in business settings. Computers that run mission-critical tools like factory controls or ATMs don’t need these fancy features—they prioritize stability.

Windows 10 Enterprise computers can select the Long-Term Servicing Branch, which doesn’t receive feature updates to Windows 10. This version receives security updates for a long time, making it a good fit for machines that need to run 24/7. It also strips out unnecessary software like the Microsoft Store and Cortana.

AppLocker is a security feature that’s not available in Windows 10 Pro. It allows you to create a whitelist of apps that are allowed to run on the system. Anything that isn’t explicitly allowed through AppLocker won’t run on the computer, making it a great tool for environments that deal with highly sensitive information.

If this sounds interesting, we’ve shown how to lock down Windows user accounts using other methods.

Windows 10 Enterprise includes a few virtualization features designed for companies that that have many computers connected to a server. App-V, or Microsoft Application Virtualization, lets companies run apps in a virtual environment and then serve those virtual apps to client computers.

This allows the company to securely run an app on the server and control who has access to it on their work computers, instead of having hundreds of copies of an app floating around on various machines.

Similarly, UE-V, or User Environment Virtualization, lets employees save their system settings to a virtual file that syncs to other business computers when they sign in. This is useful for companies where people often swap desks or otherwise don’t use the same computer all the time.

Most of the other tools in Windows 10 Enterprise aren’t particularly exciting to read about. They include networking tools to make it easier for businesses with multiple locations to access data across them, under-the-hood features to increase security so that only trusted system processes can access sensitive data, and similar.

Windows 10 Pro is available pre-installed on more powerful computers, which are often intended for business use. You can also buy a copy of Windows 10 Pro from Microsoft for $ 199.99, opting for either a download or USB drive.

If you already have Windows 10 Home, you can upgrade to Windows 10 Pro on your current machine for $ 99. Head to Settings > Update and Security > Activation to check your status. Then follow the link to the Microsoft Store to upgrade, if you wish.

Windows 10 Enterprise’s pricing isn’t so straightforward. You must buy through Microsoft’s Volume Licensing center, which typically involves using a Microsoft Partner that deals with purchasing Windows for business use. Windows 10 Enterprise is available both on per-user and per-device setups, depending on the type of company.

The company also offers two flavors of Windows 10 Enterprise: Enterprise E3 and Enterprise E5. These are almost the same; the only key difference is that E5 includes Windows Defender Advanced Threat Protection. This is an advanced security solution that uses behavioral sensors in Windows 10, cloud tools, and other functions to help business fight against malware.

See the Windows 10 Licensing and how to purchase through Volume Licensing pages for more details.

Should I Use Windows 10 Pro or Enterprise?

Windows 10 Pro is sufficient for small businesses that only have a few computers, don’t rely heavily on servers, and don’t need advanced functions of Windows. Its pricing is straightforward and still allows you to manage them in a business setting using tools like Group Policy.

If you have hundreds or thousands of computers in your company, have a dedicated IT team with specific infrastructure, and have specific computer needs that Windows 10 Pro can’t handle, then Windows 10 Enterprise is for you. Only large companies that have complex infrastructures can take advantage of most Enterprise features.

Meanwhile, these aren’t the only Windows 10 versions available. Did you know that there are others, including Education? 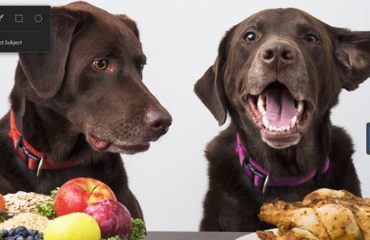 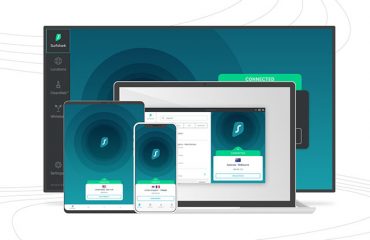 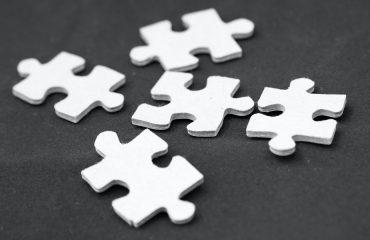