If you can count the number of times you deliberately opened Paint 3D on one hand, you probably have zero use for the “edit in Paint 3D” context menu entry that appears when you right-click a file. Fortunately for you, Microsoft is finally allowing users to remove the option in an upcoming update.

Microsoft’s Fix for an Obtrusive Option

News of this update broke on Windows Latest. Paint 3D first came around in the Creators Update back in 2017, which hosted a few tools for creating 3D images.

However, people weren’t so hot about Paint 3D, and Microsoft is slowly making the program an optional download instead of something everyone was forced to have. For instance, Microsoft will soon remove the 3D Objects folder from Windows 10.

Now, Microsoft is targeting the “edit in Paint 3D” context menu entry when you right-click a compatible file. Right now, that entry is a permanent addition to Windows 10; even if you uninstall Paint 3D, the option will remain. Clicking it will prod you to re-download Paint 3D.

Now, Microsoft has confirmed that the Sun Valley update to Windows 10 will remove the Paint 3D option if you’ve uninstalled the program. However, if you want to keep Paint 3D around, you’ll still get the option when you right-click a compatible file.

Related: What Is Windows 10 Sun Valley? Everything We Know So Far

Removing a Relic From the Past

If you’re constantly pestered by the option to “edit with Paint 3D” even after you’ve uninstalled the app, an incoming update will fix that problem for you. The question is, will Microsoft ever make the step toward removing Paint 3D altogether?

Microsoft has already made the move toward making Paint 3D an optional choice,r rather than a forced one. The company recently confirmed that it’s removing the program from fresh Windows 10 installations.

How to Repair or Recover Data From a Corrupted PDF File 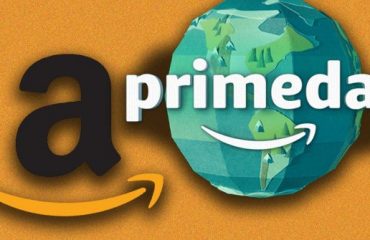 These Prime Day Deals Are All-Time Low Prices [US]

5 Time-Saving Link Shortcut Tips to Zip Around Your Mac