Current generation consoles do more than play games; they also come with apps that let you watch and listen to media from popular services like Spotify and Disney+. Now, Microsoft is announcing that an Apple TV app will arrive on Xbox One, Xbox Series X, and Xbox Series S.

Microsoft broke the news of the partnership on Xbox Wire. The announcement goes a little further than Apple TV, however.

Microsoft also says that the entertainment apps you’re familiar with on Xbox One is also headed to Xbox Series X and S. The apps will be available on the console’s launch date.

As for Apple TV, it will be available on Xbox One, Xbox Series X, and Xbox Series S on November 10. The app will let you subscribe to Apple TV+, which unlocks the whole Apple Originals library.

A Kind Gesture From Microsoft?

As for why Microsoft has introduced an Apple TV app onto its systems, the reason may go deeper than simply giving Xbox users more bang for their buck.

For one, Sony has recently stated that PS4 and PS5 users will get the Apple TV app on their consoles. As such, this may be Microsoft’s way of keeping up with its rival.

However, it may also be a way for Microsoft to curry favor with Apple. Recently, Microsoft has tried to get its Project xCloud service on the iOS App Store. However, Apple introduced strict rules that made it impractical to publish the Xbox Game Pass library on iOS.

As for now, Microsoft is creating a browser version of Project xCloud in hopes of sneaking around Apple’s tight App Store rules. However, if this new partnership goes well, perhaps Apple will allow Microsoft to put Project xCloud on the App Store.

While Apple has been cold toward bringing Project xCloud to the App Store, the same isn’t true for Microsoft. Whether it’s due to Microsoft’s desire to keep up with Sony’s PS5, or it’s a way to gain favor with Apple is yet to be seen.

The Xbox Series X and S are set to have a lot of content ready on release day. For instance, Microsoft recently demonstrated how powerful the backward compatibility is on its new consoles. 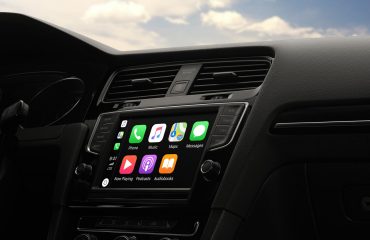 What Is Apple CarPlay? A Quick Guide to How It Works What Is Amazon Prime Wardrobe? And How to Sign Up for It