The 5 Best Mini PCs for Gaming

The 5 Best Mini PCs for Gaming

You don’t need a massive gaming rig to play the latest video games on ultra-settings. You can purchase a mini gaming PC instead, packed with the same high-spec hardware as a regular gaming desktop.

So, if size is a concern or you demand portability from your gaming PC, you should check out the best mini PCs for gaming.

The Intel Core i7-9750H is a power-efficient CPU with a thermal design power rating of 45W. The 9750H also features integrated UHD Graphics 630, which you can use to take the load off of the discreet GPU for further power savings. The Zotac Magnus Mini Creator includes two HDMI ports, one DisplayPort, four USB 3.0 ports, one USB Type-C port, and a handy SD card slot.

This mini PC is ideal for gaming, but it is also well-suited to other creative tasks as well. The high-performance processor allows you to perform intensive functions like photo and video editing, 3D animation, and you can even use it to stream your gaming sessions. That’s not to mention that it’s capable of handling home theater media centers, too.

From one mini PC behemoth to another, the Corsair ONE i164 is another impressive tiny gaming system. The Corsair One i164’s Intel Core i9-9900K is an eight-core 3.6GHz CPU, one of the best consumer CPUs on the market at the time of writing.

Working with the 9900K is an 11GB GDDR6 Nvidia GeForce RTX 2080 Ti, backed up with a whopping 32GB DDR4 RAM. One of the things that sets the Corsair ONE i164 aside from other mini PCs is the integrated liquid cooling system.

Corsair builds the ONE series of mini PCs with high and ultra-level quality gaming leading the design, and it shows. The ONE i164 packs in the external connections too. It features three DisplayPort, one VR-ready HDMI, two USB 2.0, four USB 3.1 Gen 1, and two USB 3.1 Gen 2 (Type-A and Type-C).

While the physical size of this computer is inline with other mini PCs, it uses the more familiar desktop PC format. So, rather than a compact box on your table, you can put the smaller desktop tower instead.

As far as aesthetics go, the MSI Trident X is up there with the best looking mini gaming PCs. The Trident X looks similar to a modern gaming console, standing tall on your desktop or next to your TV. Throw in some RGB lighting effects and a nicely crafted case, and you have a visual winner.

But gaming is about what’s on the inside of the case. And in the MSI Trident X setup, you’ll find a top of the line Intel Core i7-10700KF, an eight-core 3.6GHz beast. Working alongside the CPU is an Nvidia GeForce RTX 2070 Super, which comes with 8GB GDDR6 RAM.

The HP ProDesk 405 is an AMD-powered mini gaming PC with a similar style to a set-top cable box. Okay, it is slightly more appealing than your old cable box, but it certainly won’t win any awards, with the black and silver design fitting in with HP’s wider off-the-shelf PC designs.

Again, the Vega 11 is decent enough but not world-beating, allowing some 1080p gaming at reasonable specs for games that are a few years old. Still, this is one of the more affordable options out there if you’re looking for a space-saving mini PC, but still want to jump into more than a few PC gaming sessions.

The Intel NUC 8 Hades Canyon uses an Intel Core i7-8809G, a quad-core 3.1GHz CPU, with onboard Intel HD Graphics 630. However, you don’t have to use the onboard graphics for gaming, as the NUC 8 Hades Canyon also packs in an AMD Radeon RX Vega M GH discreet graphics card.

Which Are the Best Mini PCs for Gaming?

If you scan through the listings on Amazon, you’ll find a vast number of mini gaming PCs. The prices look brilliant—until you actually consider the specs. Many of these entry-level or barebones systems come with a low to medium tier CPU and do not have a discreet GPU.

You will manage some gaming on a machine like this, but you certainly won’t roam the streets of GTA V’s San Andreas on ultra-settings. The simple fact of the matter is that a powerful mini gaming PC, like those we’ve listed here, will set you back a bit more than the alternatives.

You don’t have to buy an off-the-shelf mini gaming PC. If you want to keep costs down, check out our guide on how to build a small PC with the Mini-ITX form factor.

Read the full article: The 5 Best Mini PCs for Gaming 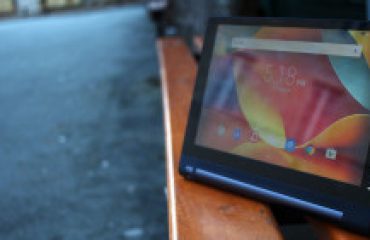 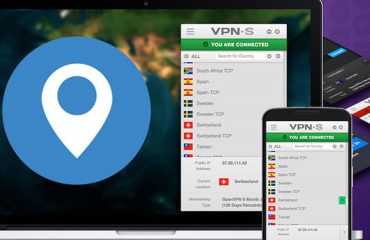 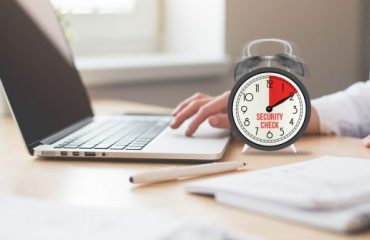 10 Security Checks Everyone Should Perform Regularly