Xbox Series X vs PS5: Which Has the Most Teraflops

Xbox Series X vs PS5: Which Has the Most Teraflops

A new console generation is upon us. The arrival of the PlayStation 5 and the Xbox Series X mark the next step forward for console gaming. As you might expect, gamers want to know “which console is better?” Which gaming option will provide the best bang for your buck for the foreseeable future?

One word has floated around more than most: teraflops. One console delivers more teraflops than the other. Which makes it better, right?

So, what is a teraflop, and does the Xbox Series X or PlayStation 5 have more of them?

What Is a Teraflop?

A higher number, then, is better.

GPUs are now incredibly powerful. So much so that we measure their outright mathematical performance in teraflops—that’s trillions of floating point operations per second.

Which Console Has the Most Teraflops?

The release of two new consoles is always an intriguing time. Hardware specs are important. As many people will choose a single console to use throughout the console generation, savvy gamers use the hardware specs to figure out which console is the better prospect.

The hardware inside the PlayStation 5 and Xbox Series X produces a different number of teraflops, despite using similar architecture:

Numerically, yes. On paper, the Xbox Series X should outperform the PlayStation 5. However, in the real world, when the games start running, and consoles are pushed to the limits, results often differ.

More teraflops do mean better performance. Consider the number of teraflops available to the previous generation’s consoles at launch, the Xbox One and the PlayStation 4.

Both consoles received mid-cycle upgrades, too.

The new consoles, the PlayStation 5 and the Xbox Series X, produce around ten times more teraflops than the previous generation’s launch consoles. Even the upgraded, high-end versions only produce around half the graphical processing power of the new generation.

So, in comparison to the older consoles, the teraflop output is an enormous boost.

How Much Difference Do 1.8 Teraflops Make?

For example, the PlayStation 5 custom SSD is capable of up to 5.5GB/s raw output and 8-9GB/s compressed output. In comparison, the Xbox Series X custom NVMe SSD outputs 2.4GB/s of raw and 4.8GB/s of compressed data.

The much faster drive allows the PS5 to work almost without load screens. Certainly, it enables it to load in-game features almost twice as fast as the Xbox Series X. Even though the Xbox Series X has more teraflops, the PlayStation 5’s storage performance provides a different measurement angle.

Not only that, but loading time is a very visible measurement for gamers. You probably remember the horrendously long load times of games like Fallout 4, Bloodborne, and Grand Theft Auto 5. Staring at a loading screen is no fun, even if developers include tips, facts, and so on.

Gamers will absolutely remember the PlayStation 5 booting them into Miles Morales New York City in the blink of an eye, more so than they’ll ever think about that 1.8 teraflop difference.

Of course, the best way to figure out which console is using its teraflops to the full extent is in a side-by-side video comparison. Those gamers lucky enough to have picked up both consoles have made some handy PlayStation 5 and Xbox Series X graphics comparison videos using games releasing on both platforms.

First up, Assassin’s Creed: Valhalla, one of the most eagerly anticipated games to launch on the new consoles.

To the untrained eye, there is very little difference between the two consoles. AC:V looks sublime on both platforms, with some small differences in draw distance, texture quality and pop-in, and ray-tracing effects. But both consoles handle busy areas with ease, and there is little discernible difference in large battles.

Next up, Dirt 5, the latest entry in Codemasters long-standing racing series.

The scenario is similar to Assassin’s Creed: Valhalla. There are some slight differences in color tones between the two consoles, but the actual graphical fidelity is very similar. Unless you’re a game developer specifically looking for major differences, you’re looking at very similar quality in the standard visual modes.

As you can see in the above video, Dirt 5 includes different visual modes that boost or reduce certain graphics. Switching between the three modes (Prioritize Image Quality, Prioritize Resolution, and Prioritize Frame-Rate) reveals larger differences between the consoles. However, this is also due to the implementation of those visual modes within the game, rather than the power of the graphics cards.

Of the three games evaluated here, Watch Dogs Legion is the most similar across the two consoles. It is extremely difficult to tell the two versions apart in many places and further dampens the idea that extra teraflops equal extra performance.

Which Next-Gen Console Should You Buy?

Choosing between the Xbox Series X and the PlayStation 5 was always going to be a difficult task. One metric you shouldn’t rely on as a differentiator is teraflops, a measurement of absolute graphical performance, a mathematical term almost.

Instead, focus on what makes each console great: the exclusive games, the controllers, the integrations, and so on.

Tagged under: Most, Series, Teraflops, Xbox 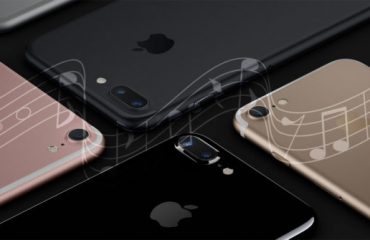 How to Create or Import Free iPhone Ringtones with iTunes 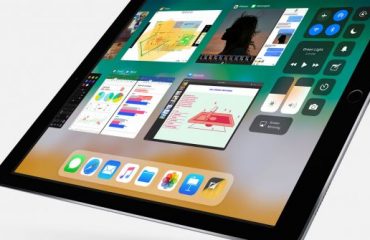